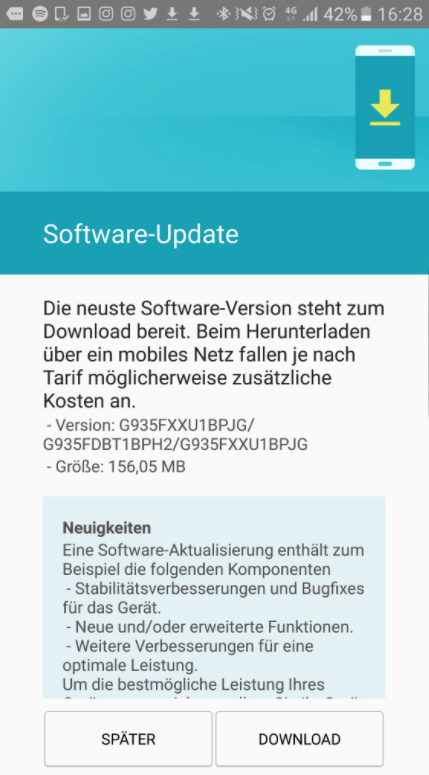 The Galaxy S7 Edge has already begun to receive its version of the November patch from Samsung in various regions around the world. Germany and Australia joined those ranks yesterday when reports confirmed the news. Just like the November security patch for the regular S7, this update includes Google's monthly security release for November and fixes the 14 issues that are unique to the Samsung smartphones only.

It is advised that the hefty 157MB package be downloaded via a stable Wi-Fi connection. Once you are done with the download and installation part, your S7 Edge's firmware version will change to G935FXXU1BPJG. Disappointingly, no new features were mentioned in the changelog. The entire update basically consists of bug fixes, patches and stability improvements. Feel free to check if the package has arrived for your Galaxy S7 Edge manually from Settings > About device > Download Updates Manually. Even if it isn't there right away, the OTA package will come to your device soon. 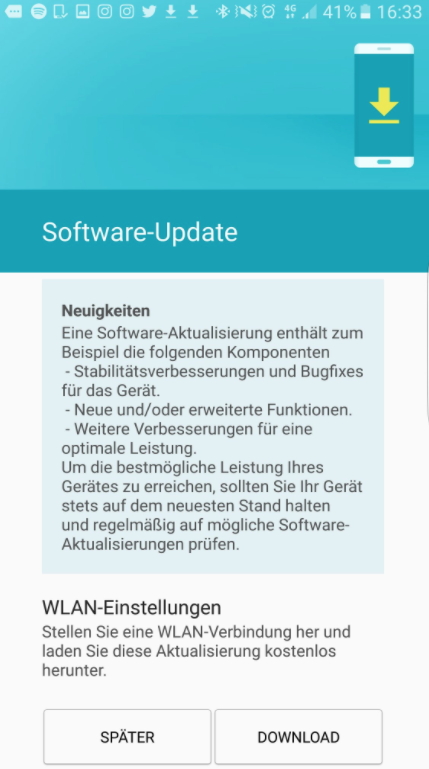 Head over to https://forum.youmobile.org/downloads/ and find the right firmware to flash for your smartphone.