Oppo Reno 4 Pro is set to launch in India Today.

Oppo Reno 4 Pro is set to launch in India Today. 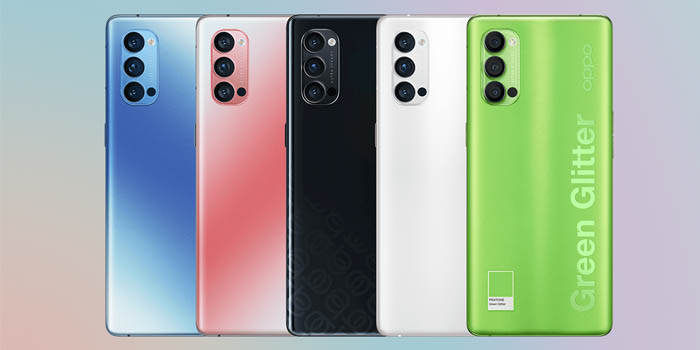 Oppo Reno is ready to be launched in India today. The launch event will be conducting online due to coronavirus pandemic and will begin at 12:30 IST where the company will reveal its specs, availability, and pricing. Oppo Reno 4 is said to be made for the Indian market and falls in the upper tier of the budget category. A recent leak suggests that the Oppo Reno 4 Pro will have some changes in the specs and price for the Indian variant. The phone that was launched in China earlier was powered by Snapdragon 765G processing chip.

The company is looking to host an AR launch even for the device in India. The event will be streamed live on YouTube via the Oppo Mobile India channel. As per the recent leak, the phone will be available for Rs. 32,990 in India. The rumored colors are Starry night and silky white color options and are slated to go on sale on Flipkart as well. As per reports, the Oppo Reno 4 pro teaser confirms a 3D borderless sense hole-punch display with the cut-out placed on the top left side of the screen. It is also teased to come with supercharging technology that can charge the device from zero to 100 percent in just 35 minutes with 65W super VOOC 2.0 technology.

The phone features a 90Hz display refresh rate. Teasers also confirm a quad-camera system at the rear side of the phone with the four sensors aligned one below the other. The rear camera system includes a primary 48-megapixel camera, an 8-megapixel secondary camera, a 2-megapixel camera sensor. There will be a 4,000mAh battery to power the device to keep it live for day long. All the other specs are reported to be identical to the Chinese variant of the phone including the 32-megapixel selfie camera lens. The device is tipped to be powered by Android 10-based colorOS 7.2