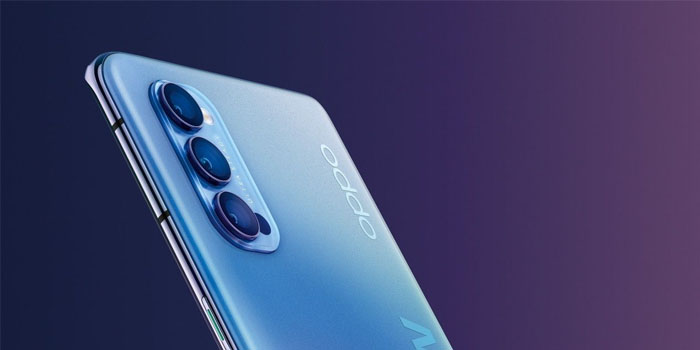 OPPO released the Reno 4 series almost 6 months ago and now the company announced the Reno5 series in China today that includes a pro model as well. The Reno 5 series has come with an upgraded design language. The company says the new patented process features a pyramid-like crystal structure to design the back panel of the mobile and that's its secret for an extra shine. They have also added an oleophobic coating to reduce any finger smudges and scratches. The series includes another variant called the Galaxy Dream version of the two phones and has a color-shifting feature as a result of the different refractive indexes of the thousands of nano-film coating used. OPPO has also added a fluorescent coating at the top of the smartphone and the camera housing that enables it to absorb light and then glows in the dark.

Both phones are lightweight and thin. The Reno 5 is only 172 grams with a thickness of 7.9mm while the pro model is 173 grams but is thinner at 7.6mm. The Reno 5 and Reno 5 Pro will be available in Galaxy Dream, Aurora blue, and moonlit night color variants. The Reno5 features a flat 6.43-inch OLED display with a 2400 x 1080 resolution. The display has a 90Hz refresh rate and a 180Hz touch sampling rate. It features a pixel density of 410 PPI and a peak brightness of 750nits. There is a hole at the top left corner of the phone that houses the front-facing camera.

The regular Reno5 model is powered by the Snapdragon 765G processor as the Reno 4. The phone will be available in two configurations - 8GB RAM with 128GB internal storage and 128GB RAM with 256GB of storage. The storage type is UFS 2.1 and you can't extend the storage capacity of the phone. The device has four rear camera systems on the rear side. The primary camera is a 64MP with a 6P lens and it comes along with an 8MP ultra-wide-angle camera, a 2MP macro camera, and another 2MP camera for capturing depth. There is no support for optical image optimization in the phone but the company suggests an electronic image stabilization technique as a replacement.