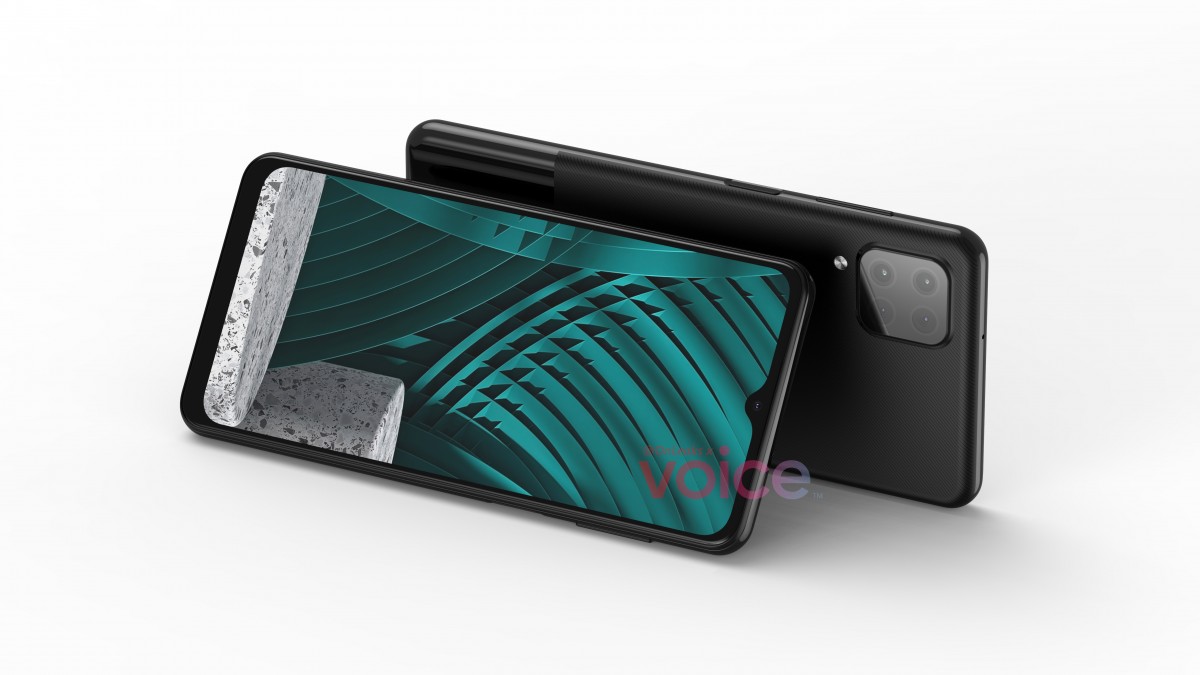 Samsung Galaxy M12 is due to an exceptional release next year, but the phone is already making waves in the tech industry due to its exceptional features that include a 7,000mAh battery. The Samsung Galaxy M12 is going to have the same battery as the M51. The phone belongs to the budget-category phone series and even fell into the entry-level in the category as well.

Recently, we have seen a leaked video uploaded by onLeaks, that is supposed to showcase the 360 views of the Galaxy M12. They had uploaded the graphical renders earlier and now they have come up with a short video that shows M12 from different angles. Due to the angles, the video was shot from, you can easily see a two-texture rear side that reflects light.

The Galaxy M12 will be 163.9 x 75.9 x 8.9 mm, a fraction narrower and thinner than the M51's 163.9 x 76.3 x 9.5 mm. Like it, it will have a plastic frame, which will help keep the weight down (but we're probably still looking at 200+ grams phones). As per rumors, the device will have a 6.5-inch diagonal display screen. The tech giant is working on two different models - one would be the global version and the one will target more of the Indian market.

Samsung Galaxy M12, as per leaks, has the waterdrop style notch to feature the front camera. On the rear side, the phone has a square model that comprises four sensors and a flash. The phone contains a side-mounted fingerprint sensor whereas Samsung Galaxy A42 5G has an in-display fingerprint sensor. There would be a speaker grille and a 3.5mm audio jack that sits alongside the charging port. According to reports, we can expect the phone to be released somewhere in the first quarter of 2021.