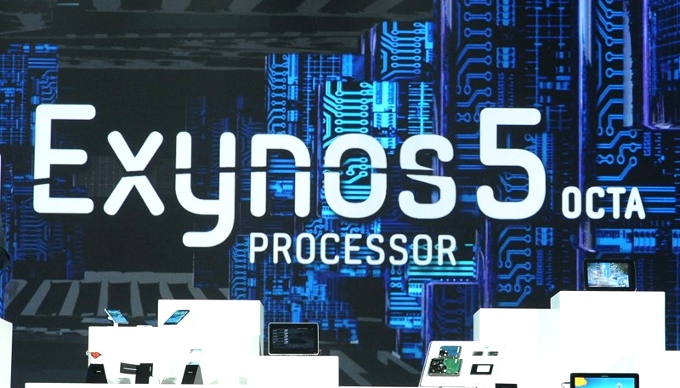 Samsung has just Officially announced the 8-Cores processor Exynos 5 Octa, will be on upcoming Samsung's products during this year.

The latest member of the 5-series has been done with frugality/performance ratio in mind, as the chief of Samsung Electronics Stephen Woo admitted that the task to up performance while decreasing power consumption has been the one bothering him, and keeping him awake at night.

With Exynos 5 Octa, Samsung thinks it has cracked that code, and demonstrated on stage how you can search for restaurants and watch an HD movie at the same time, as well as some 3D gaming with Need for Speed: Most Wanted chosen as the demo... all this without a single lag.

"Level of pure processing power, never seen before in mobile devices and more detailed damage to cards, then ever before" - Samsung Exec.

Samsung's peeps said that the new Exynos has twice the graphics performance of anything currently on the market, but it is also very frugal, for up to 70% power savings. It's built around ARM's big.LITTLE concept, with a mix of frugal Cortex-A7 cores for the mundane tasks, and Cortex-A15 ones for the heavy lifting.