We've reported that Samsung has started manufacturing a 5-inch 1080p sAMOLED HD panel with 441ppi pixel density to be included on the 4th Generation Galaxy S. According to a report out of Korea, Samsung has been struggling to mass produce these displays because of the evaporation process technology that it uses. Samsung Display is trying to obtain advanced LITI technology from 3M that allows OLED material to be more smoothly printed on glass. 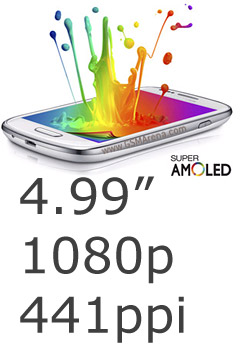 Those with knowledge of the situation say that Samsung is still having difficulties with the technology. Blue-colored materials are slowing down Samsung's mass production of the displays.

The source says that due to these problems, Samsung might not be able to release the device (Samsung Galaxy S IV) using the panel on time.