The Aging Galaxy S6 Might Still Get Android 8.0 Oreo

The Aging Galaxy S6 Might Still Get Android 8.0 Oreo It always feels good to know that Samsung has not forgotten its older handsets and that would without doubt be the case if this little rumor turns out to be true. The rumor in question indicates that Samsung might be planning to extend the Android 8.0 Oreo to the Galaxy S6 line-up. That would indeed be quite surprising given that the handset is now almost three years old at this point!

The rumor originated after a Reddit user initiated a conversation with a Samsung Rep which resulted in the representative telling the user that his Galaxy S6 will be updated to Android Oreo! Take a look at the screenshots yourselves to know what we are talking about here. The most logical explanation to this would be that it was a mistake from the side of the representative and little else, but if it does turn out to be true, nobody would really mind! Besides, if you go through the conversation, it does look like the Samsung Rep is pretty confident about the information. 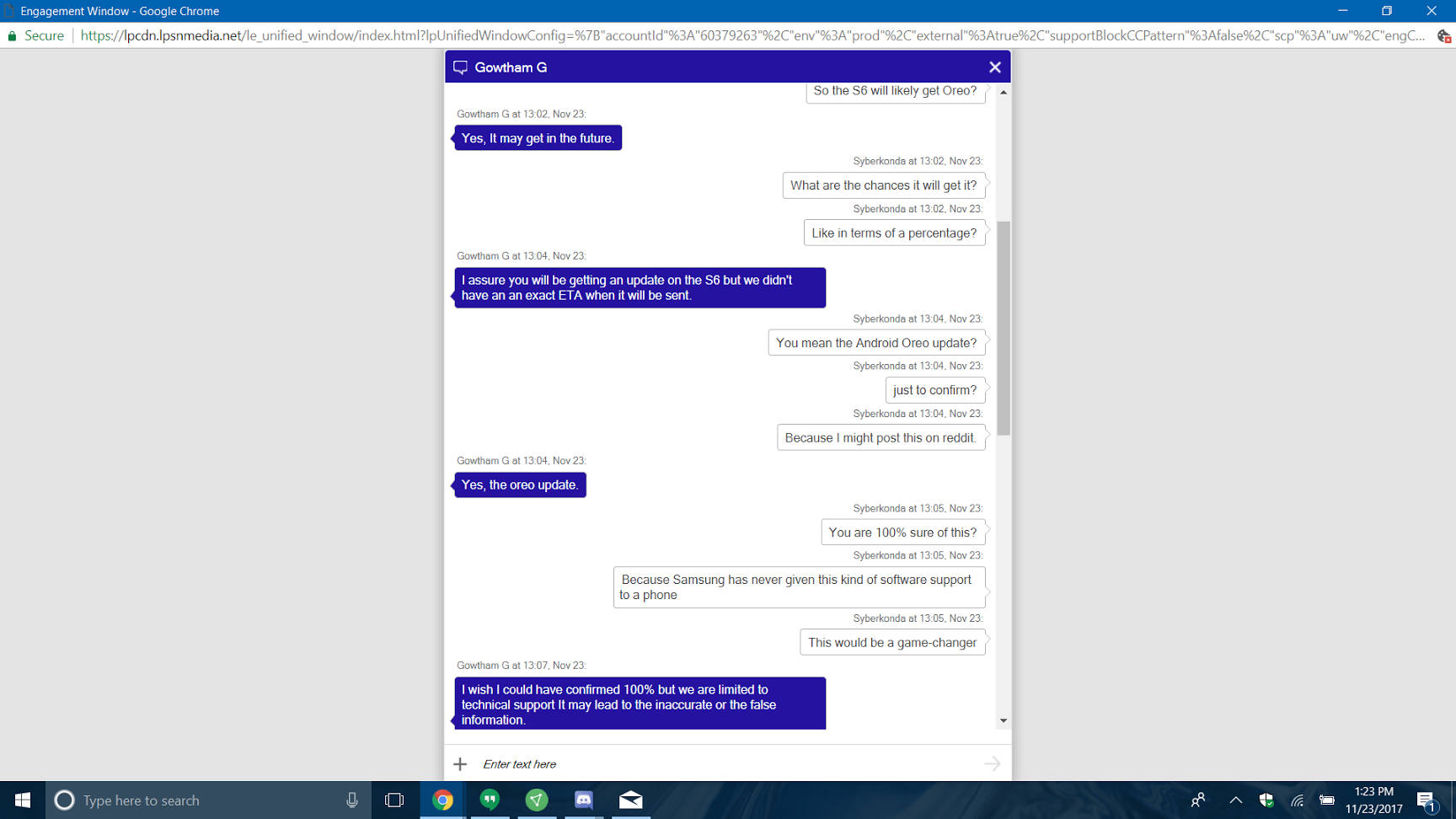 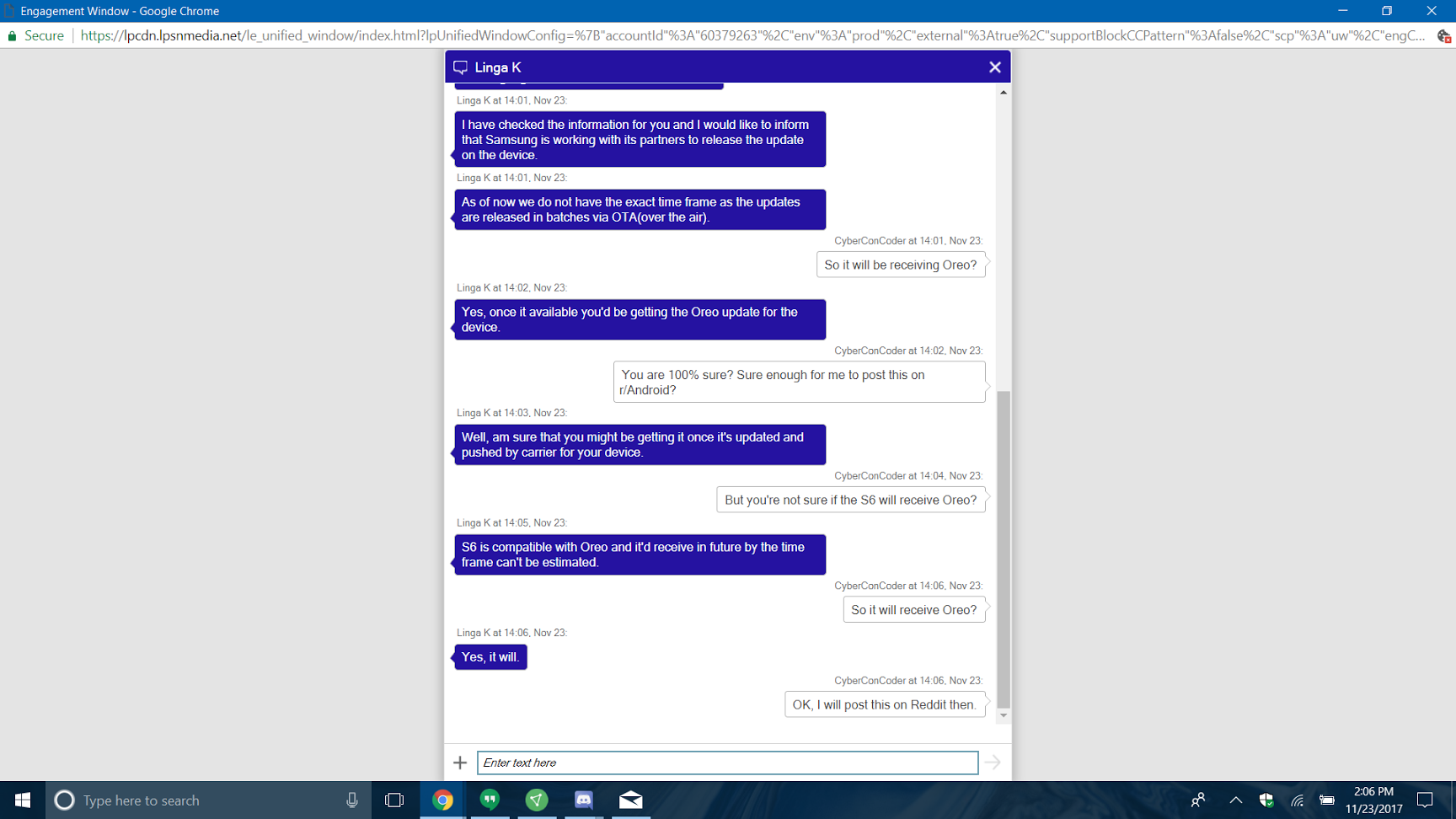