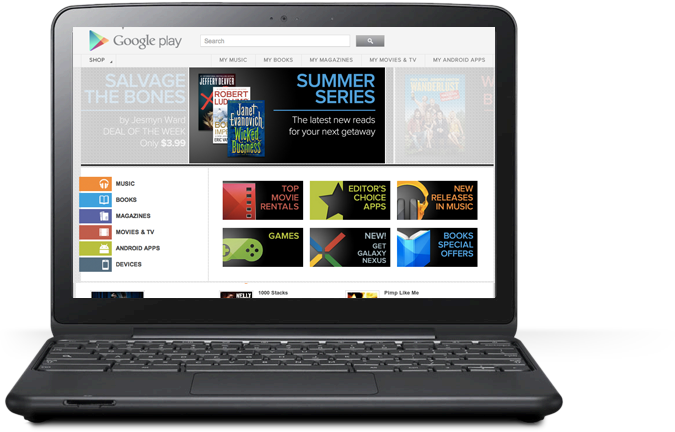 Google is re-branding all its stores in one Store called "Google Play", Also as a part of this revamping, Google has just Update its Google Music App to version 4.1.513 with minor changes.

The New version brings Only a New Name "Google Play Music" and New Logo (Photo below, Gold Headphones) with the same awesome App and no other changes or any new features at all. You can Now sync all your Google Music purchases to your Google play Cloud and stream it on your phone or download it on your PC/MAC.