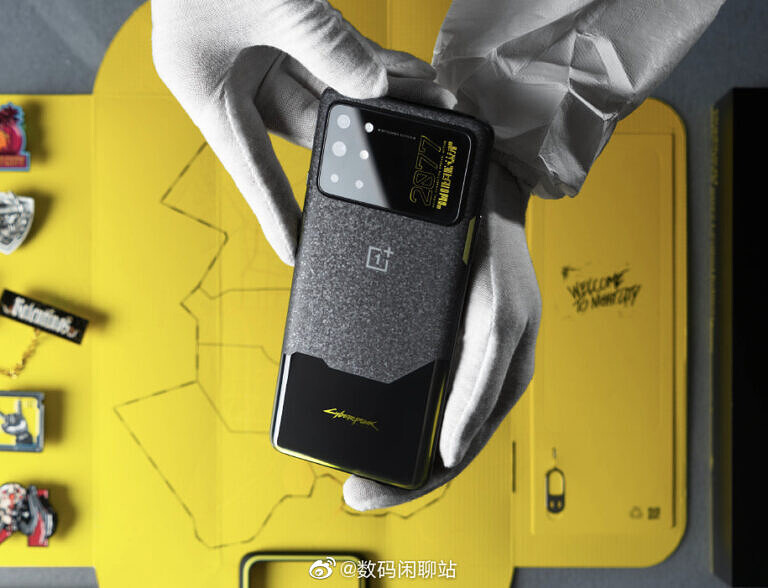 OnePlus has officially released a new limited edition phone, and this one is specially designed for tech enthusiasts: It's a custom-designed limited OnePlus 8T Cyberpunk 2077 edition. The company has already released a few limited-edition crossover phones including Star Wars and Marvel Avengers editions of its phones in India, as the MacLaren edition for the UK and US. Unlike the usually limited edition phones that come with a different color or metal covers or a different finish, this one changed the whole look of the rear side while keeping the front side and phone specs in the same place.

The phone has bright yellow accents around the corners, but it is also shipping with a few exclusive accessories, and extras. Each phone comes with one of the six-pin badges, an especially designed retail box, a unique phone case, and the manual that happens to unfold as a poster. Surprisingly, the company decided to integrate the phone's internal software with custom animations and UI that other OnePlus phones won't get.

The OnePlus 8T Cyberpunk 2077 edition features a completely redesigned glass camera housing at the top, with a sparkled grey color finish, yellow accents, and a quite visible phone branding. Although the camera house is significantly larger than the regular variant, OnePlus hasn't changed the camera placement. Instead, the extra real estate provided by the large camera housing is just occupied by the brand. The rest of the phone is similar to the regular OnePlus 8T. It features 12GB RAM and 256GB storage. The phone will go on sale in China for 3999 Yuan, which is somewhat equal to $600.