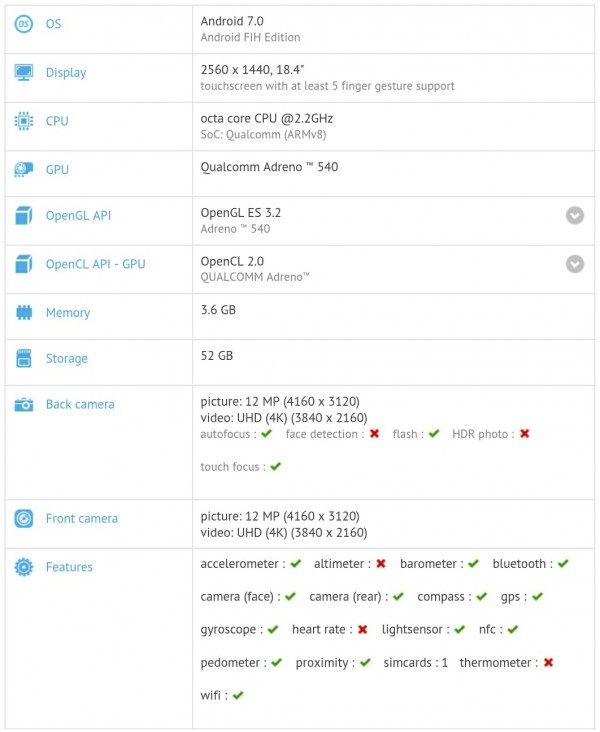 Nokia has recently been at the front of tech news all around the internet, as its comeback is no more a matter of speculations but something that has already begun. The Nokia 6 was recently released in an online flash sale that was exclusive to China. It got sold out in under a minute! As you can imagine, that's exactly the kind of start that HMD was hoping for. Unfortunately, the Nokia 8 and its flagship specs turned out to be nothing more than a rumor. Nevertheless, we have recently received reliable (somewhat) news from GFXBench that Nokia might be in the process of launching a huge tablet. How huge you ask? 18.4-inches to be exact!

The 2.65kg tablet will reportedly be launched with beefy specs such as a gigantic 18.5-inch QHD display with 2560 × 1440 pixels resolution, Qualcomm 835 SoC with the Adreno 540 GPU, 4GB of RAM, 64GB of internal storage, 4G LTE, GPS, NFC, Bluetooth and Wi-Fi. Check out the screenshot from GFXBench above to see more details. If this turns out to be true, will you be buying one? How much would you pay for this device?