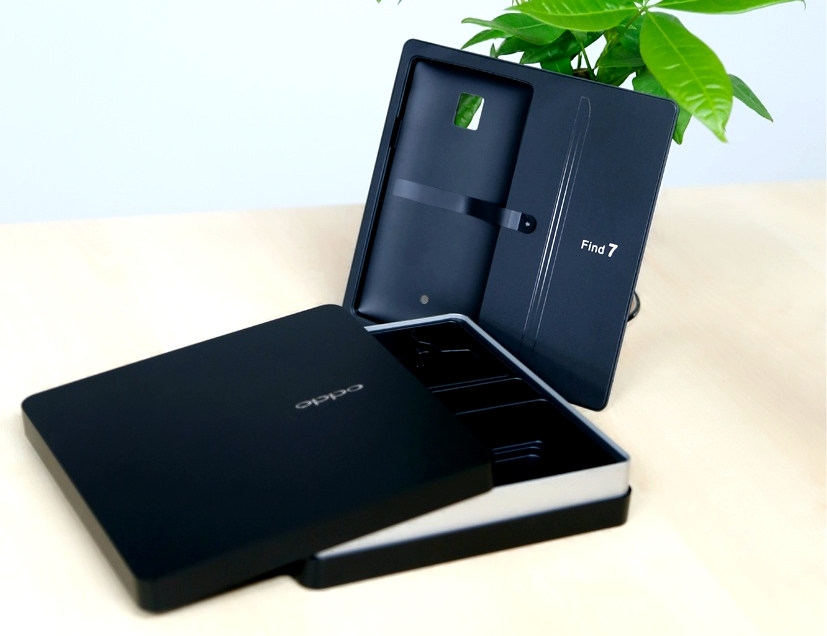 Oppo has confirmed that its upcmoing Oppo Find 7 will have a 1080p version and another model with a Quad HD (1440x2560) display which going to be the real breakthrough in mobile display technology. This makes us anxious to meet the QHD 5.5-inch Find 7, and today we did.

Days before its March,19th official announcement event, the folks behind Chinese IT168 have gotten their hands on a retail unit of the Find 7, complete with its packaging. What we're looking at is obviously a pretty large device, even though we can't quite tell just how large. 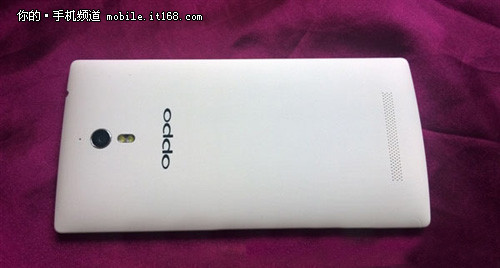 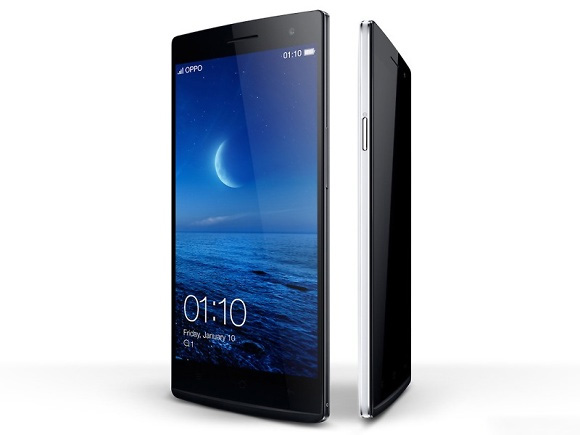 Oppo has just officially announced its Oppo Find 7 flag-ship. The Oppo Find 7 is the first smartphone to pack a 5.5" QHD (2560 x 1440 pixels) display making for the astonishing pixel density of 538ppi. Oppo has been able to push so many pixels in 5.5" display thanks to a technology it calls Super Screen 2.0. The display is covered by Gorilla Glass 3 for extra protection and can be operated with wet hands.

Under the hood of the beastly Find 7 lies a 2.5GHz quad-core Snapdragon 801 MSM8974AC chipset, the same as the Galaxy S5. There's also 3GB of RAM and an Adreno 330 GPU plus 32GB of internal storage, expandable via a microSD card slot. 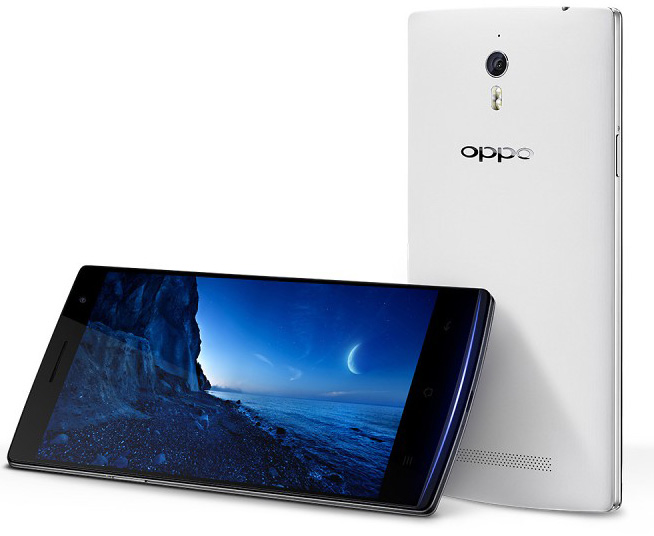 At the back of the Oppo Find 7 is a 13MP Sony IMX214 CMOS with a F/2.0 lens and LED flash. It is capable of recording 4K video and 720p slow-motion clips at 120fps. There's also an interesting mode called Super Zoom. It takes 10 photos and merges them into a single 50MP image. There's also a 5MP front-facing snapper. 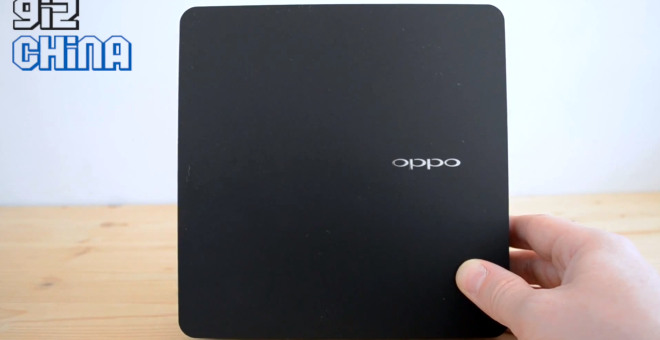 Now, Hands-on videos of the Oppo Find 7 is already started popping on YouTube. We have a video below shows the Unboxing and UI preview of the device.

Comparison between QHD and FHD variants of Oppo Find 7
Oppo

Oppo find 7 was officially released earlier this week in two variants/versions QHD (first in the market) and FHD. Today we got photos of a direct comparison of the image presentation differences between the Quad HD, and the 1920 x 1080 display versions of the phone. The QHD version has a 1440 x 2560. 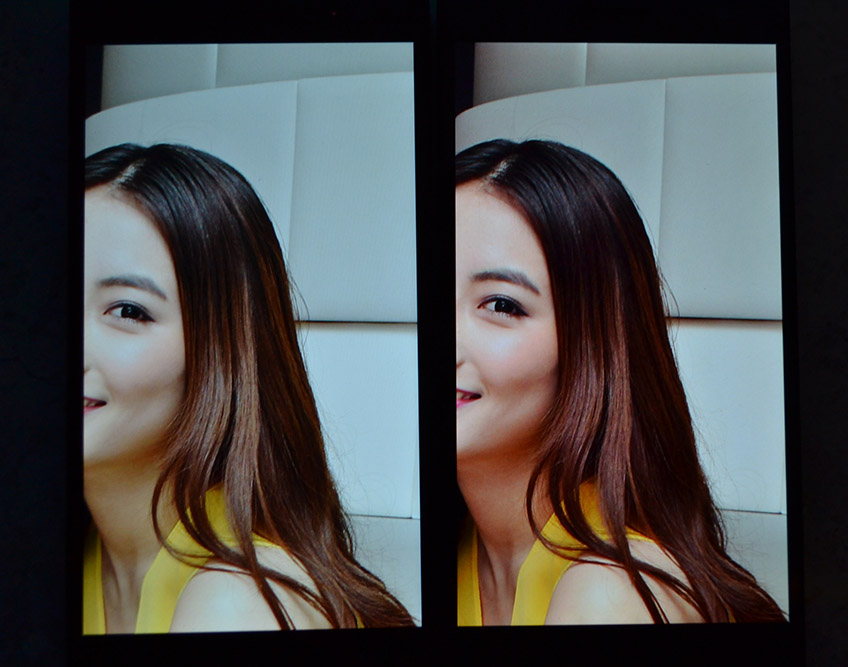 As you can see on the photos above, the Quad HD 1440x2560 pixels display of the Find 7, is apparently exhibiting colder colors, and the other 1080p variant screen is much warmer. Both phones are running Android KitKat with ColorOS with a Quad-core CPU on board, you be the judge.