After it delayed the Lollipop update for the Galaxy S5 and Galaxy S4, Samsung is Now continues pushing out the Android 5.0 Lollipop updates for both devices. Galaxy S4 (I950x) users already got it's fair share of new updates.

Now, The Korean giant has started a new major Lollipop Roll-out for the Galaxy S5 (G900x). This New update for the Samsung Galaxy S5 has all the bug fixes that was reported before by the users (Battery drain, freezes, system services force closes... etc) along with some huge performance enhancements and the same Material Design elements added to the TouchWiz UI and its stock apps. 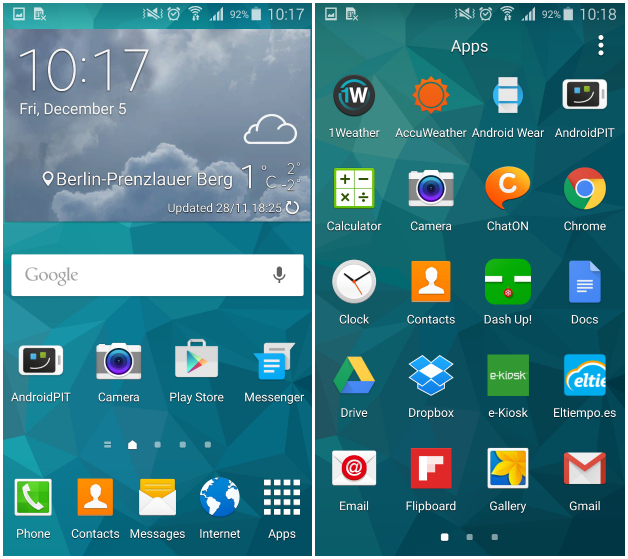 The firmware is currently rolling out Over-the-air (OTA) to the Galaxy S5 users in Canada and many other regions, packing Android version 5.0 with Build Date (Tue, 10 Mar 2015) which indicates that this firmware is very New ans just built 5 days ago.