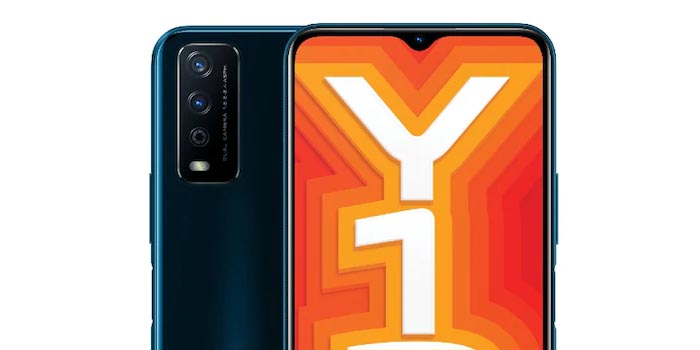 The new Vivo Y12s has been launched in India. The phone features a massive 5,000mAh battery that could be its main selling point at an affordable price. The new Vivo phone features a waterdrop display notch to feature the front-facing camera. The device comes in two different color options and has 3GB of RAM. The phone runs the Funtouch OS11operating system and competes with the latest Redmi 9 prime, Realme Narzo 10, and the Samsung Galaxy M11. Its predecessor Y12 was launched in India in mid-summer last year.

The phone has support for dual-SIM and runs on the Android 10 operating system out of the box. It features a 6.51inch HD+ display with IPS and an aspect ratio of 20:9. The phone is powered by Qualcomm Snapdragon 439 SoC with 3GB RAM. Earlier official reports mentioned that the device will be using a MediaTek Helio P35 processor but later on company released a press release to issue the correction.

On the rear side of the phone, Y12s features a 13MP primary camera sensor with an f/2.2 sensor and a 2MP secondary sensor with an f/2.2 sensor and a 2MP camera. For the front-facing camera, the phone features an 8MP camera sensor with f/1.8. Vivo Y12s comes with 32GB of internal storage that can be further extended using a microSD card. It offers connectivity options include 4G LTE, Wi-Fi, Bluetooth 5.0, GPS/ A-GPS, FM Radio, and a Micro-USB port. Sensors onboard include an accelerometer, ambient light sensor, magnetometer, and a proximity sensor. There is also a side-mounted fingerprint sensor.

Vivo Y12s features a massive 5,000mAh battery that has supports 10W fast charging. The device is lightweight and weighs only 191 grams. The phone is up for sale for only Rs. 9990 for the 3GB RAM and 32GB internal storage. You can purchase the phone in Phantom black and Glacier blue colors. You can order the phone online at its official website, Amazon, Flipkart, Paytm, and across the country from its official retail stores.

Vivo Y12s has been launched in Vietnam already as an upgrade to its previous year's Y12s model. The new phone has the same exterior with a water drop-style display notch and dual rear cameras with specialized effects. However, there is a major upgrade in terms of processing ability as the 2021's model comes with a Qualcomm Snapdragon 439 SoC. the original Vivo Y12s were powered by MediaTek Helio P35 SoC, though its Indian variant had the same Snapdragon 439 processing chip.

The new Vivo Y12s 2021 version has been priced roughly at Rs. 10,500 for the single 3GB RAM and 32GB internal storage. You can purchase the phone through online websites in Vietnam. However, according to reports, the device will be available in other markets in a few weeks. The original Vivo Y12s was unveiled in November for the global market but debuted in India in January with the Snapdragon 439 processor.

The Vivo Y12s comes with 32GB internal storage that can be further extended via microSD card through a dedicated slot. The phone has connectivity options including 4G LTE, Wi-Fi, Bluetooth v4.2, Micro-USB, and a 3.5mm headphone jack. The phone also uses sensors onboard including an accelerometer, ambient light, magnetometer, and a proximity sensor. The phone is available in Glacier Blue and Phantom Black colors. The device also features the side fingerprint scanner along with a power button so you can power on and unlock your phone at the same time. The phone allows you to unlock from a bright screen in 0.23 seconds - almost too fast to see any difference at all.