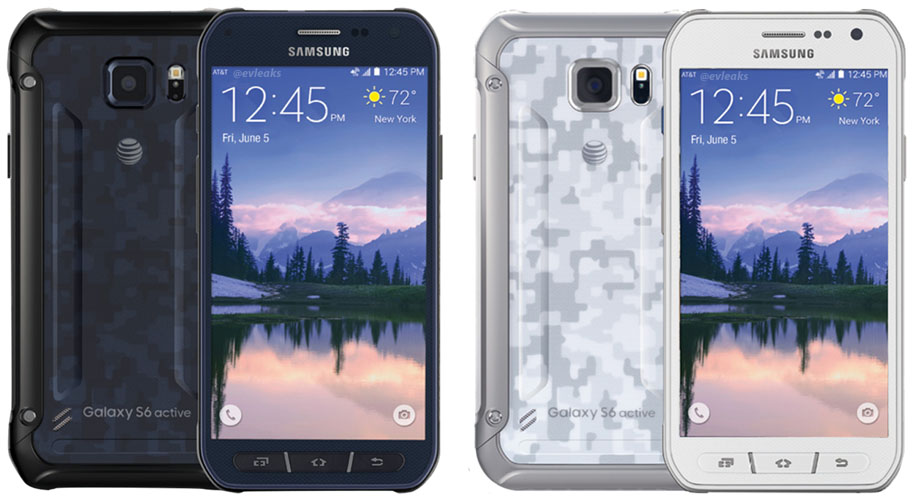 Today, the first Press Photo (above) of the Samsung Galaxy S6 Active has been leaked on twitter, The Photo showcase the device in a light and dark camouflage color schemes, which are likely designed to further enhance its already rugged appearance with AT&T logo on the back.

Samsung Galaxy S6 Active, model number SM-G890A, is said to pack a generous 3,500mAh battery. The latter is significantly larger than the 2,600mAh unit of the Originial Galaxy S6 SM-G920.