Android Market share for April,2015 shows Lollipop has 5.4% of the Market

Android Market share for April,2015 shows Lollipop has 5.4% of the Market 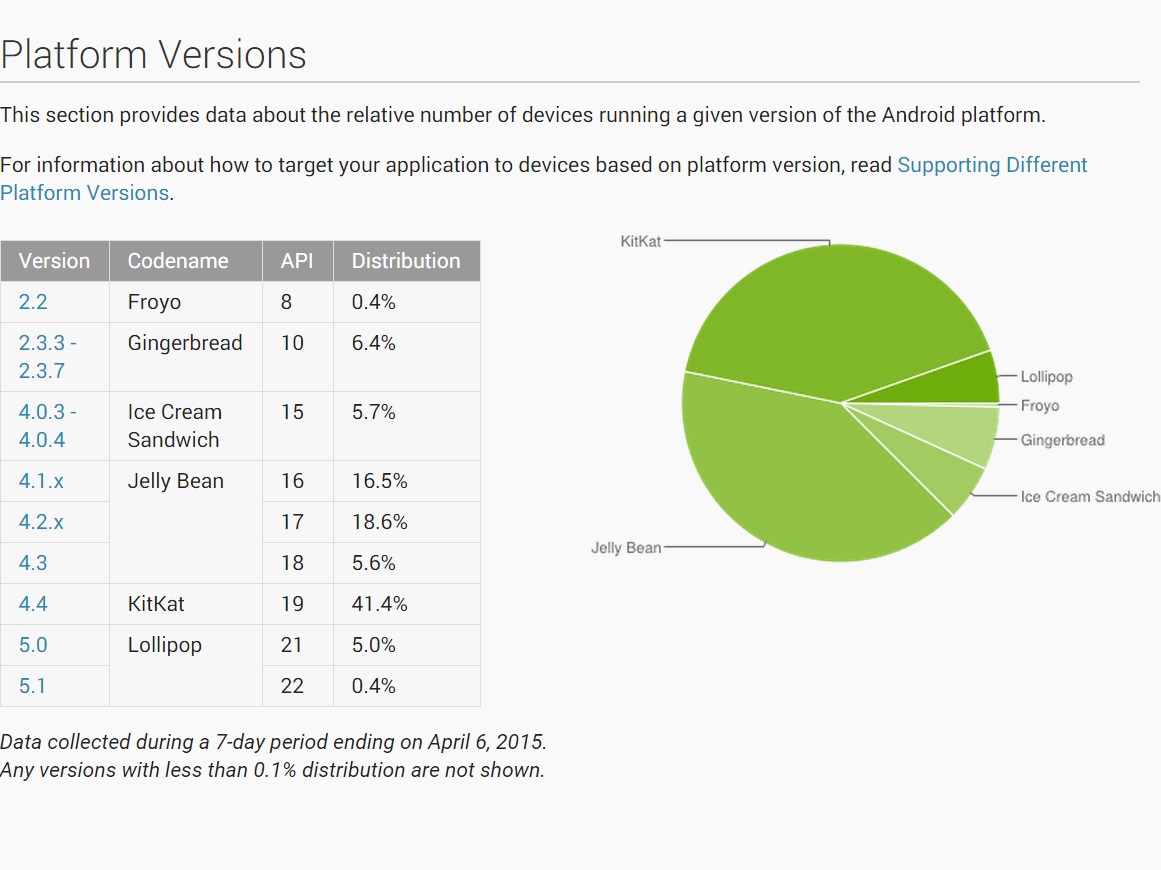