Finally, as we almost near the end of the month, the April security patch for the Galaxy S7 and S7 Edge have finally arrived for Verizon users. The software version is NRD90M.G930VVRU4BQC5 and along with the Android Security Maintenance Release for the month, it also adds a few custom changes from the carrier and the manufacturer as well. 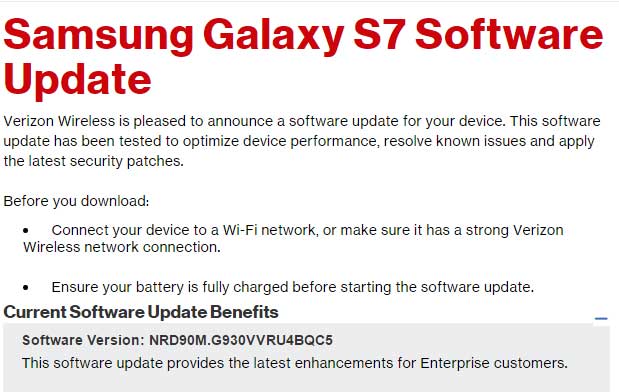 Users of the Galaxy S7 and S7 Edge on Verizon will now be able to use Verizon's One Talk feature, which had been missing from the two handsets up until now. In case you are not aware what the One Talk feature is exactly; it basically allows a user to connect his/her mobile and office device to one registered Verizon number. You will also find Knox Mobile Security as an option on your device after the update. Reportedly, it updates the Amazon shopping application on the two devices to v8.1.1 as well.