Facebook for Android is now being Updated every week with bug fixes and New features, You can Now try out the latest App version of Facebook For Android version 23.0.0.0.10 Alpha Build for Lollipop 5.0+ support. This Alpha version will show you what Facebook is preparing for you in the next final version, take a sneak peak at the new features and User interface changes. Current Facebook stable version is 21.0 and Beta version is 22.0 and you can roll-back to the official version or beta version at anytime via Play store. 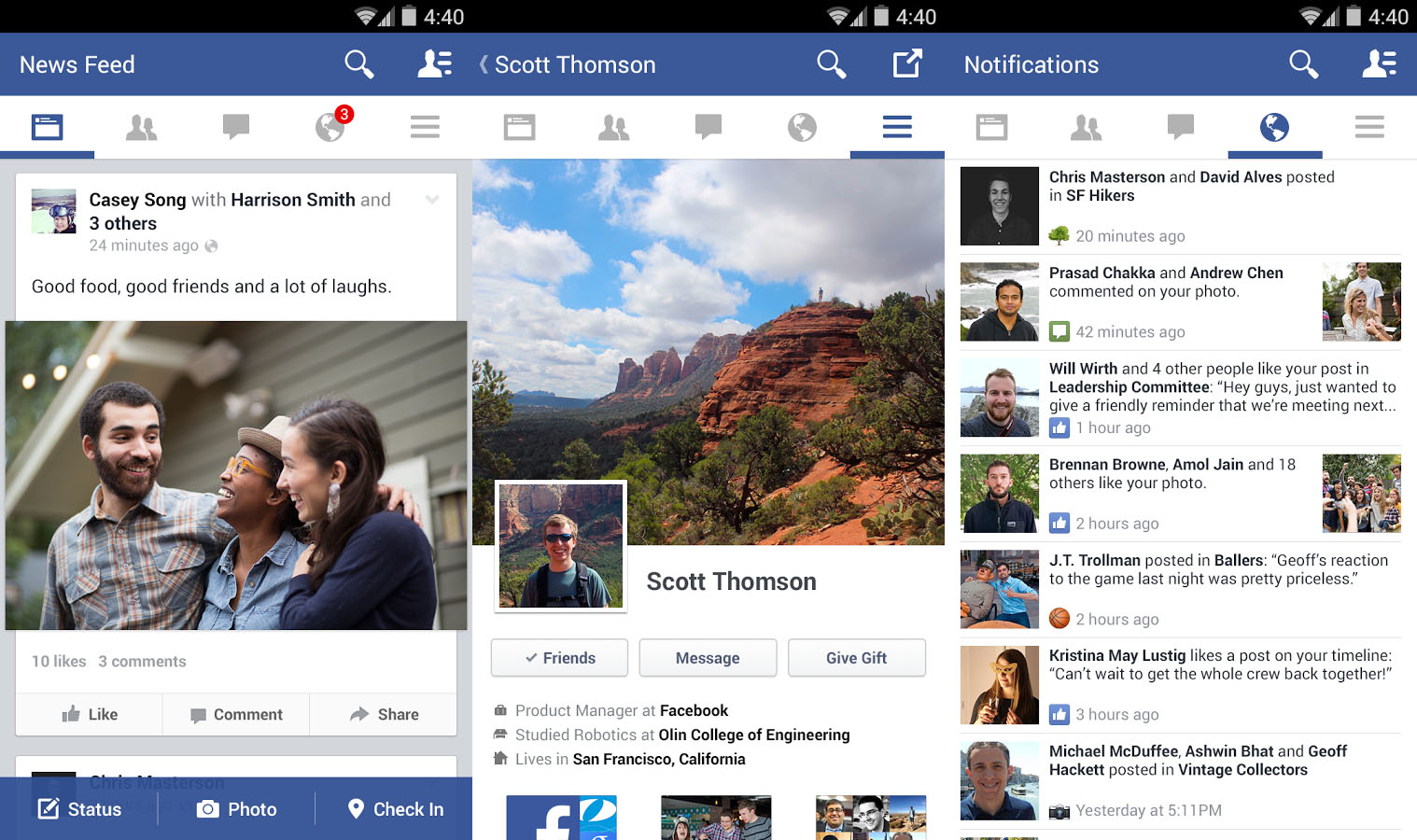 Facebook version 23 packs many UI changes as the beginig to switch to the Material Design UI, lots of bug fixes and performance improvements. So you'll be running a version that is supposed to be released 3 months from Now.