GPP SIM insert can unlock the iPhone4s without jailbreaking [Video]

GPP SIM insert can unlock the iPhone4s without jailbreaking [Video] 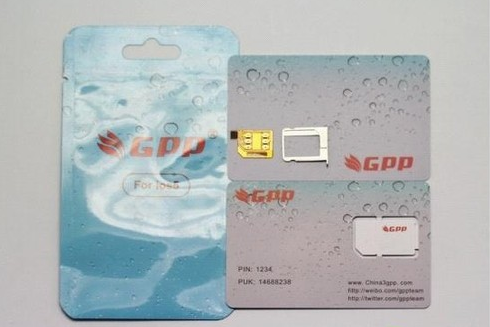 The GPP SIM tool reportedly unlocks successfully every AT&T-bound iPhone 4S as well as the Japan KDDI and Softbank iPhone 4S. As with similar solutions such as Gevey and RebelSIM, you just put your SIM along with the insert into the provided SIM tray and insert the lot into the iPhone.

According to the GPP Team, the GPP SIM unlocks every AT&T iPhone 4S phones running iOS 5.0 and iOS 5.01 no jailbreak needed. There is no mention whether the GPP SIM will work with other carrier-locked iPhones as well.