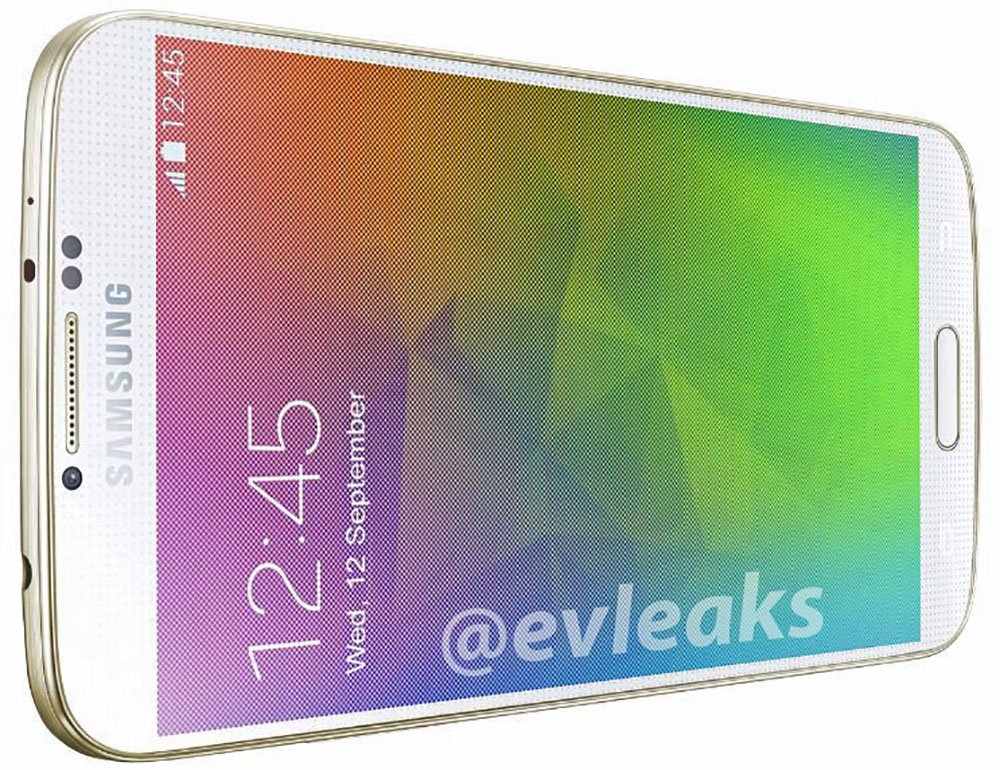 The Upcoming Samsung flagship premium device with QHD display, Samsung Galaxy F, has been leaked on a press Render Photo (above) showing its Golden Premium Glory. Samsung already released Galaxy S5 LTE-A with QHD Display but this is completely New device, the first on the "F" family.

The new image allegedly reveals a Samsung Galaxy F in "Glowing Gold" which seems to be a different hue than the golden one that appeared last week. Like the render seen then, the new one shows the same September 12 date on the handset's home screen. Maybe that's when Samsung intends to announce the Galaxy F? We don't know for now, but that is a possibility.

Unlike the Samsung Galaxy S5 LTE-A, the Galaxy F reportedly has a metal-made body. Apart from that, though, it's said that the unannounced smartphone will offer similar features, including a Snapdragon 805 processor, and 3GB of RAM. However, the Quad HD display of the Galaxy F might be a bit bigger, measuring 5.3 inches, not 5.1 inches.