LG G5 on T-Mobile finally gets its first taste of Android 7.0 Nougat

LG G5 on T-Mobile finally gets its first taste of Android 7.0 Nougat

Although LG V20 was the first phone to sport Android Nougat 7.0 right out of the box, the LG G5 has only just begun to receive its first taste of Nougat since last week, when the Sprint versions began to receive it via OTA. Reports all around have confirmed that the T-Mobile version of the LG G5 has just started to receive the 1.2GB OTA file. As expected, the update package also contains the November security release. 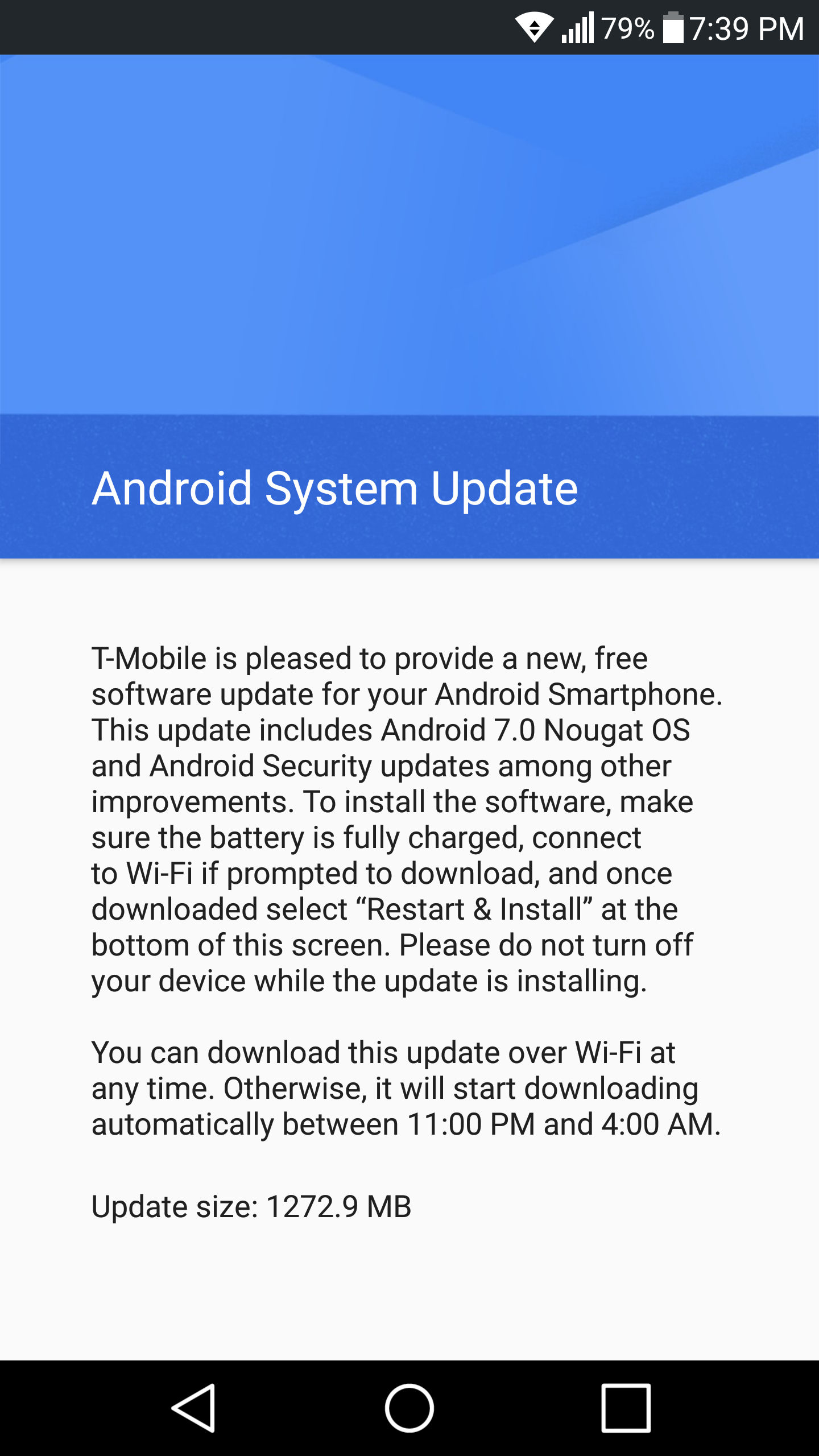 Even though the details or the news itself has not yet been updated on the support page of T-Mobile, users on Reddit and XDA Developers Forum have revealed the build number to be NRD90U. In case you want to search for it manually, go to Settings > General > About phone > Update centre > System update > Check for update. In case it has already landed on your LG G5, we recommend using a Wi-Fi connection to download the rather large file. We are pretty sure it's more or less the same build that we saw on the LG V20.