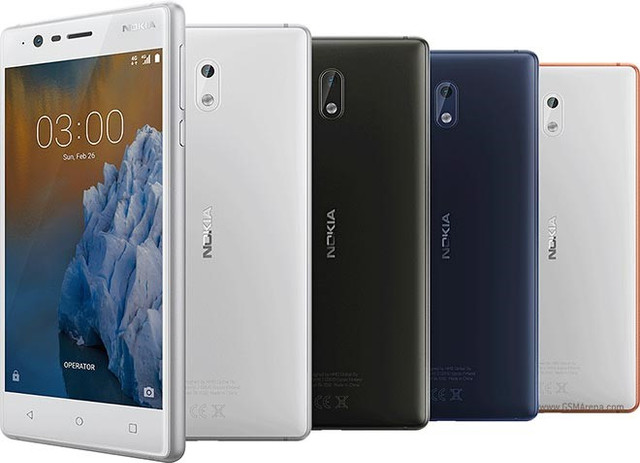 Owners in India are reporting they are receiving a new update for their Nokia 3 smartphones. HMD Global has announced it has started rolling out the March Android security update to the smartphone. The over-the-air (OTA) rollout is starting in India and will reach other global regions in stages over the coming weeks.

As usual, pulling in a monthly Android patch OTA is a painless experience and the update should not take long. That means you can update in-between watching Netflix, using bet365, or communicating with friends and be back into the action quickly.

If you don't see the update immediately, even in India, don't worry as it is on its way. March's Android security update weighs in at 100MB, which suggests this is all about shoring up security and making general platform tweaks. Indeed, there are no new features included in this release, which is hardly a surprise.

Google says its monthly security patches are a vital component of the platform that allow Android to remain safe and protect devices. However, because Android is an open ecosystem, many of the monthly patches don't end up on smartphones fast enough.

OEMs are free to change Android as they wish and update the platform when they want, often including holding back updates. On a mass level, delayed updates have caused massive fragmentation across the ecosystem, while on a smaller scale many smartphones are not receiving the full range of Google's security patches.

HMD Global's Nokia 3 is different because it runs a stock Android experience. This is Google's own version of Android, free of the bloatware and added software tweaks OEMs make. Google says Stock Android is both secure and a smooth OS, but OEMs often make it insecure with their changes.

The Nokia 3 does run Stock Android, offering one of the purest Android environments in the smartphone market. Aside from performance benefits, owners of Nokia handsets are also treated to timely security patches. Google launches monthly security patches to its own Pixel smartphones and the Nokia 3 usually receives these updates just a few weeks later.

While that's hugely impressive, the fact the Nokia 3 is two years old and still receiving updates before most flagships is also notable. Highlighting the benefits of Stock Android, the Nokia 3 is a modestly spec'd and affordable device that still receives patches. That is a rarity in the smartphone world.

HMD Global is also allowing the device to stay up-to-date in terms of major Android versions. Back in December, the company rolled out Android Oreo 8.1 to the Nokia 3. Better still, Android 9 Pie is scheduled to be released for the smartphone before the close of the second quarter 2019. Of course, Android Q will launch at the end of the year and it will be interesting to see if the Nokia 3 gets the upgrade.

As for the smartphone itself, it is still a decent budget options two years after its 2017 launch. Costing around $100, the Nokia 3 offers a 5-inch HD screen and is powered by a 1.3GHz quad-core MediaTek 6737 CPU paired with 2GB of RAM. While that processor may seem lite, Stock Android and the HD resolution allow for solid performance.

Elsewhere, the Nokia 3 has 16GB of on-board storage that can be expended by 128GB via a MicroSD card. In terms of cameras, the smartphone has an 8-megapixel lens on the rear and another 8-megapixel shooter as its selfie camera on the front.