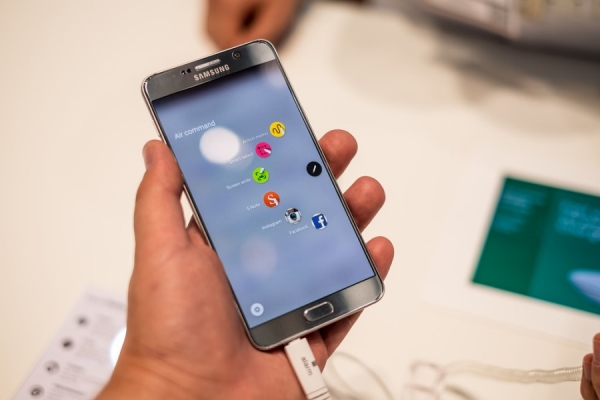 The Snapdragon 820 SoC is right now the most powerful chipset that's powering Android smartphones in the market, but rumor has it that an even more powerful processor is on its way from Qualcomm and it may power the upcoming Samsung Galaxy Note 6. If the rumor is true, then the Galaxy Note 6 might just become the most powerful phablet ever created. If we were to take a cue from Samsung's earlier releases in regard to the Note series, then the Galaxy Note 6 will probably be revealed somewhere in between August to September.

Although nothing has been officially confirmed yet, the SD 823 SoC is supposedly made up of 64-bit class Kryo quad core processors, a Hexagon Digital Signal Processor and the Adreno 530 GPU clocked at 720MHz. While the customers in the US will be able to enjoy the raw power of the 823 SoC (if the rumors are to be believed of course), the international variants will probably be powered by an Exynos processor. We have already seen the trend starting with the S7 and S7 Edge this year.

In other specifications, the Note 6 may sport a 5.8-inch Super AMOLED display with QHD resolution. It is also rumored to be backed up by 6GB of RAM, but the chances of seeing a 4GB RAM variant is much higher. The S7 has a very good camera and the Note 6 will supposedly see an even more improved camera performance with the help of something that is termed as Super Optical Image Stabilization System. Other standard features like water and dust resistance, along with the hybrid secondary SIM card slot/micro-SD card slot from the S7 series will almost certainly make their way onto the Galaxy Note 6 as well. We will keep you posted on this as things develop.