Samsung Galaxy A7 2017 makes an appearance on AnTuTu

Samsung Galaxy A7 2017 makes an appearance on AnTuTu 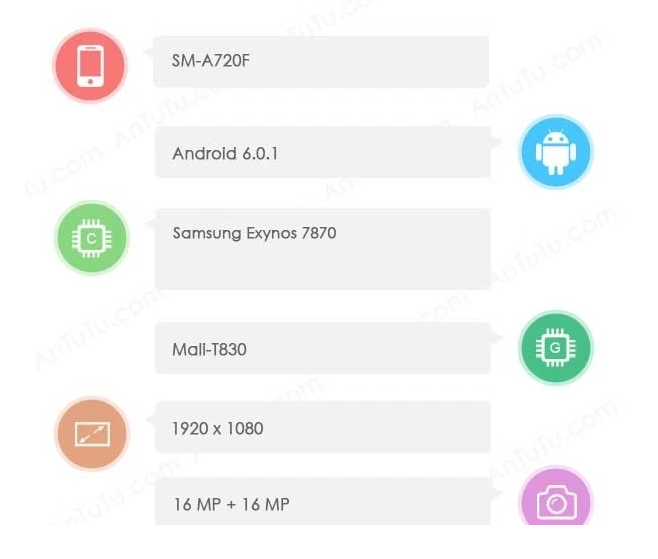 The last month of the year is getting closer as we approach the end of 2016 and just like last year, we are expecting brand new versions of Samsung's Galaxy A-series to be unveiled in December. That Expectation was pleasantly revitalized when the A7 (2017) showed up two days ago on AnTuTu. Here is a summary of what we gathered about the A7 (2017) in terms of specifications from the AnTuTu appearance and leaks.

It seems that the A7 2017 edition is about to enter certification stage with the FCC and CCC, as it's clearly near the end of its testing phase. At this rate, the smartphone should become available by January 2017. It would be interesting to see if Samsung decides to make its new A-series smartphones available before January, in order to make use of the holiday season.