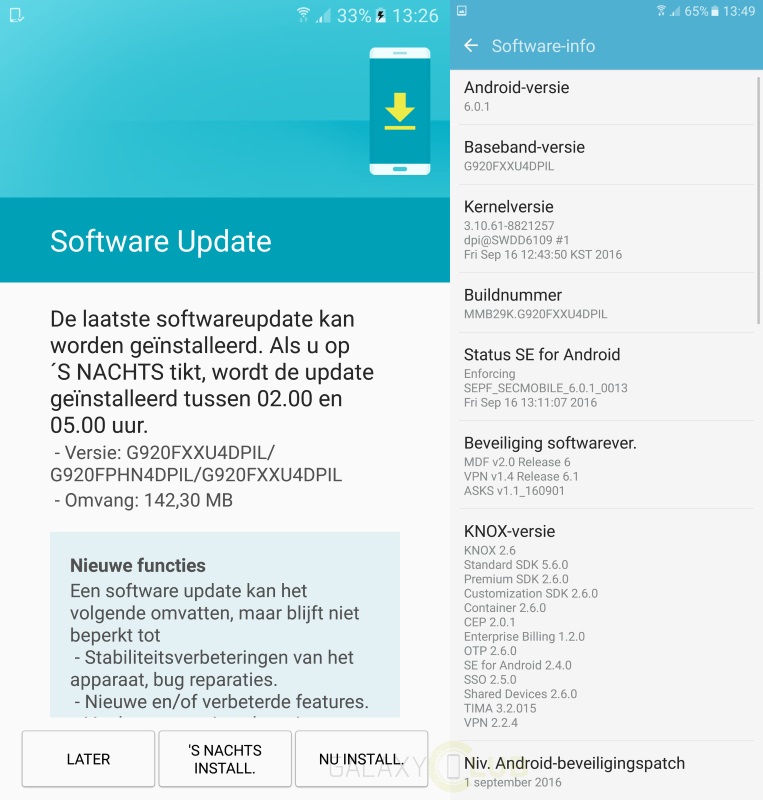 The Galaxy S6 and Galaxy S6 Edge have finally started to receive the monthly security updates from Samsung for September. The update had hit this year's flagships, the S7 and S7 Edge earlier in the month. As far as we know, the security patch is currently only available for the unlocked versions in Europe and comes in at a size of 141MB. As expected, it will bring in both the Android and Samsung security patches for the month, but its availability will depend on where you are located and you carrier.

Samsung themselves have included fixes for nine issues into the patch, in addition to the 66 fixes that Google has incorporated into the update for the base Android 6.0.1 OS running on the two smartphones. If you have not seen the notification prompting you to update your device yet, you should see it soon. Post the upgrade, your smartphone's Base Band version should change to XXU4DPIL (unlocked European versions). If you are using a carrier-locked device though, it will take a bit longer as it usually does.