The Leaked Specifications belongs to Samsung Galaxy Tab S2 9.7" (Model number SM-T815) which will pack a 9.7-inch touchscreen with 2,048x1,536 resolution, 3GB of RAM, 32GB of built-in storage, an 8MP rear camera, and a 2MP front snapper. Ignore the 9.6" listing for screen size, as this particular benchmark can get that wrong sometimes. 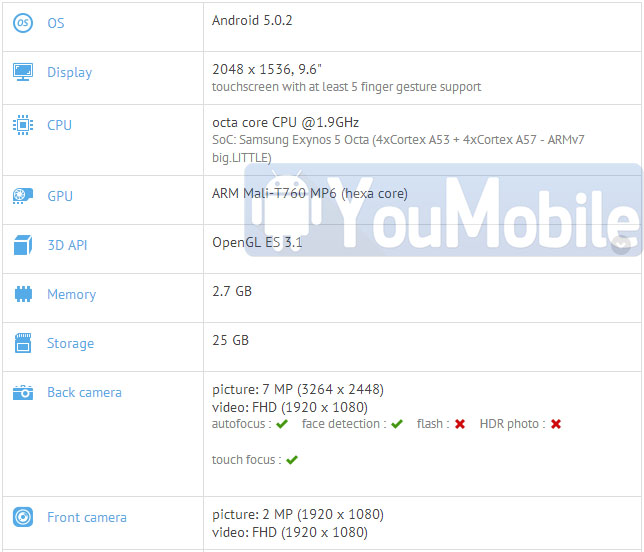