A New Galaxy flagship is coming along with a new set of leaks roo. Some leaked documents from Samsung HQ in Korea showed that the company is currently in the middle testing stages of the Galaxy S7.

Codenamed "Jungfrau" the Galaxy S7 might see a month or two faster development schedule than the Galaxy S6, courtesy of an improved project management process, dubbed "Agile." This could very well jibe with the previous rumors that Galaxy S7 will be ready in the second half of the year, though it might not exactly hit the shelves in time for Christmas, but rather be announced earlier than usual when 2016 hits. 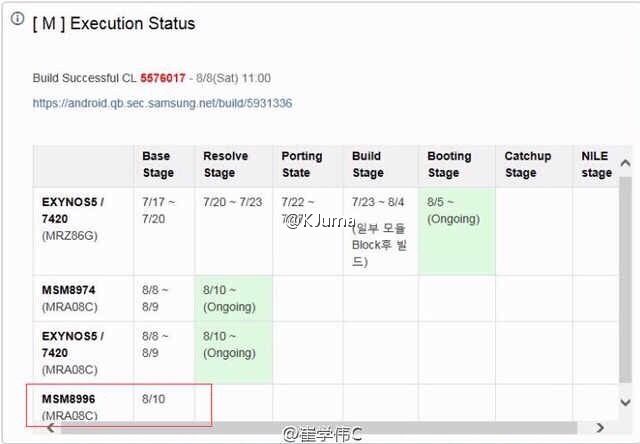 Samsung Galaxy S7 will be packing the latest Snapdragon 820 and running Google's upcoming Android M release. However, The Korean giant is still developing a firmware build with Android M v5.2 for the S7 based on the latest developer previews (Google didn't release the final M version, yet).

More leaks are coming our way, So stay tuned and follow our News!