Samsung has sent out invites to a location in the Big Apple, where it is expected to introduce a new product. The drawing on the invitation shows what looks to be a generic tablet with the words "Meet the new way" written inside the drawing using a stylized font. This New product is the Updated New GALAXY Note 10.1 tablet. 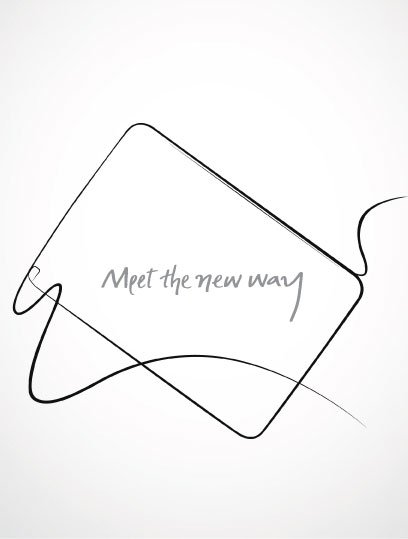 On Monday, Samsung launched the Samsung GALAXY Note 10.1 tablet in the U.K., at its retail location in the Westfield Stratford shopping center which would point to the U.S. introduction of the device on Wednesday 15,August. And if that isn't enough of a clue for you budding Detectives, earlier this month the manufacturer said it would be launching the device globally during August. Actually, late last month, there was speculation that August 15th could bring an introduction of the Samsung GALAXY Note 10.1.