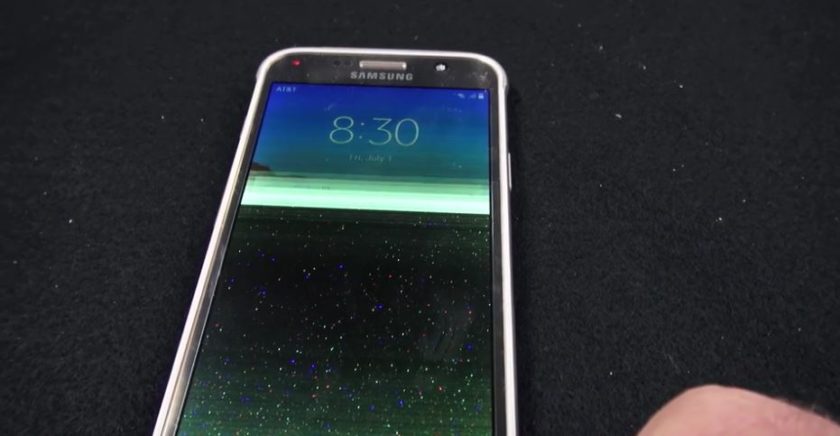 The S7 Active is a rugged version of the regular S7 that's exclusively available in the US and only under a contract from AT&T. This model was supposed to take protection for the S7 to the next level with its rubberised exteriors and bumper casings. However, it has flunked the water-resistance test, according to Consumer Reports. Strangely enough, the regular S7 and S7 Edge had passed the same tests without any issues previously.

The team at Consumer Reports had put a Galaxy S7 Active into a water tank that was pressurized to 2.12 pounds-per-square-inch to mimic the exact pressure which the device would have to face if it was submerged under five feet of water. After 30-minutes, the device was taken out and it was found that the non-responding display showed multiple obtrusive green lines. Small water bubbles could be seen near the two camera sensors and after a few days, the phone became unusable.

The second test under similar conditions with another S7 Active resulted in the phone's display turning off every few seconds and the camera sensors showing water droplets as before. Additionally, this one had even let water sip into its SIM card slot. This unit became dysfunctional within a few days as well. Considering that this should not happen as the IP68 certification guarantees that the device can resist water damage for up to half-an-hour under five feet of water, we were surprised and disappointed. In the light of these test results, we would advise against any water related experiments with your S7 Active for now!