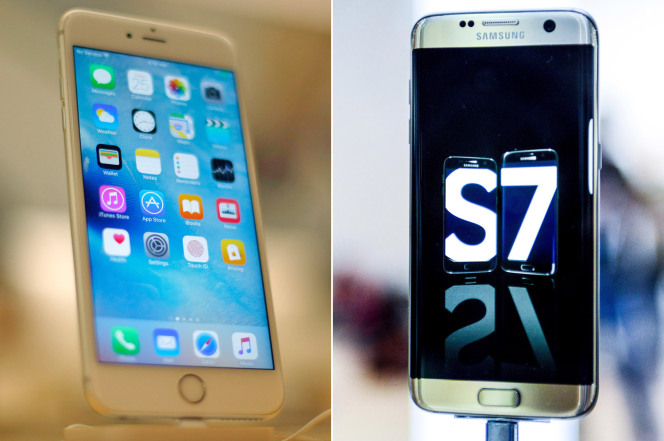 The Galaxy S7 is arguably the best smartphone manufactured by Samsung's and it has passed with flying colors in stress tests like water resistance and substantial drop tests. Now we have a point to point comparison of the Galaxy S7 and the iPhone 6s is terms speed and it can be seen that iPhone has won the race in real world performance.

Jerome Ortega, a YouTube channel owner did a performance test of many top devices like the Moto X Pure Edition, the Nexus 6P, the Galaxy S7 edge, and the iPhone 6s Plus.

All of these smartphones are running on a newly installed OS without any sim card along with same set of apps. This test was done to find out how quickly each device runs a series of applications.

Contrary to the belief that the Galaxy S7 edge will emerge as the faster device, it is shocking to see the iPhone surpassing the latest competitor smoothly (check out the scores in the image above). The iPhone 6s Plus completed the test cycle 17 seconds before the Galaxy S7 edge.