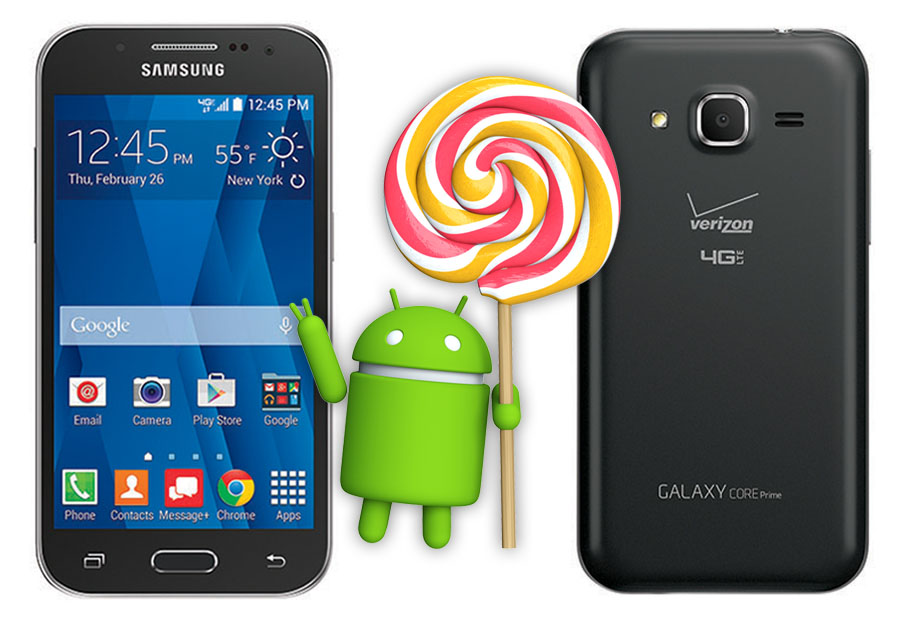 Verizon's Samsung Galaxy Core Prime is mid-ranger device that was launched in February,26th running Android 4.4 KitKat Out-of-the-box. According to Verizon's listing of the device's specifications, It's confirmed that Galaxy Core Prime will get Android 5.0 Lollipop update in a future software release. This confirms that Samsung won't forget it's loyal mid-ranger users. 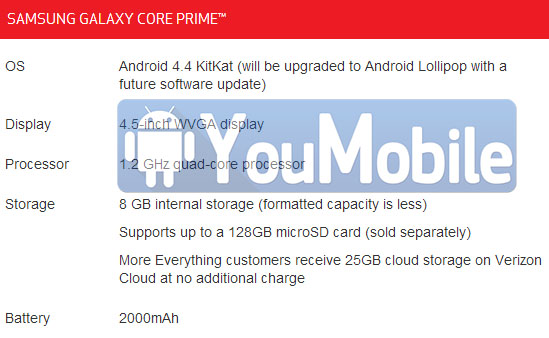 Samsung users are patiently waiting for the Lollipop update, it will being major changes to the devices along with many Bug fixes and performance Enhancements. Samsung is expected to start rolling-out the Android 5.0 update to its mid-range devices by the End of Q2,2015 (June-July).

You can bookmark our Official Samsung Updates Page to stay updated with latest Lollipop releases from Samsung.