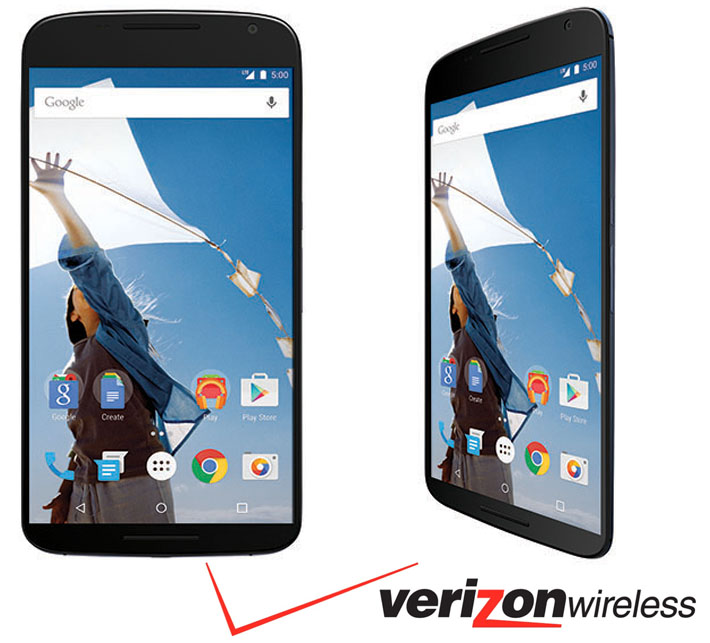 Verizon's has just officially announced the new Google Nexus 6, the handset will support the carrier's 4G LTE network and will be Available start from Today. Verizon's Nexus 6 will be running Android 5.1 Lollipop out-of-the-box.

To get a Nexus 6 from Verizon with a two-year contract, you'll have to pay $249.99. Of course you can also use Big Red's Edge installment plan, in which case you pay nothing for the device upfront, then followed by 24 monthly payments of $27.08.

The carrier is throwing in six months of free Google Play Music All Access, which normally costs $9.99 per month, if you buy a Nexus 6 until the end of March.