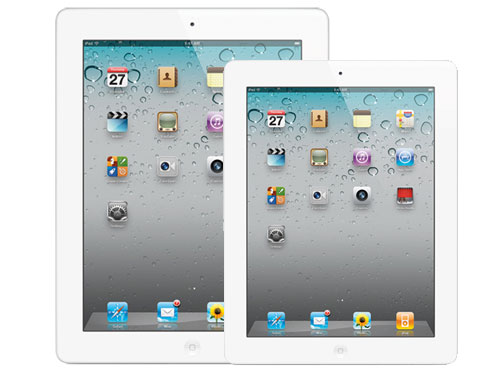 Apple iPad3 rumors is all over the web, but today we have something diffrent and confirmed by WSJ, Apple is currently testing a smaller version of the iPad about 8-inches, may be its the iPad mini that was rumored long time ago.

The Wall Street Journal reports that Apple has been showing its suppliers designs for a smaller slate equipped with a display somewhere around eight inches in size. Of course, prototyping a device is not the same thing as releasing it we would not be surprised if Apple is also trying out 5-, 6- and 7-inch tablets too but this is the first we have heard of the iPad maker actively investigating alternative sizes for its bestselling tablet. Resolution on the purported 8-inch iPad is said to be the same as on the 9.7-inch iPad and iPad 2 (1024 x 768).