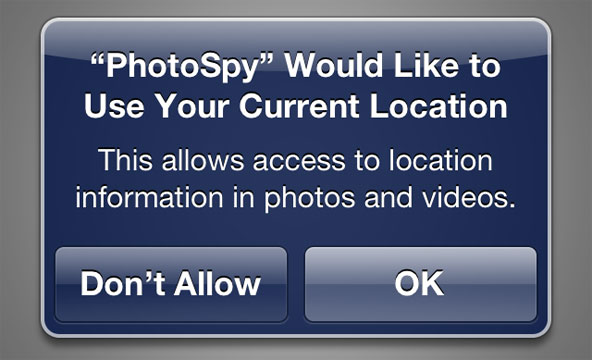 Another Day, Another iOS vulnerability, A security issue has been identified in iOS which gives 3d party applications and its developers secretly access to your photos without permissions.

According to The New York Times who uncovered this issue, an application that has the permission to use your location can also access your photos. They demonstrated this by commissioning a developer to create a dummy app (which was not submitted to the App Store) that popped up a notification asking the user for location (as seen above) and when provided had complete access to the photos stored on the device.

When contacted, Apple declined to comment about this issue.