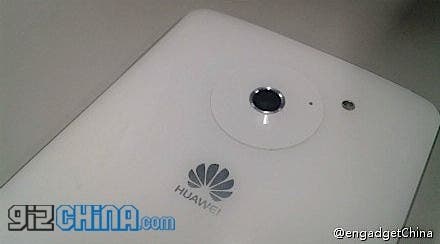 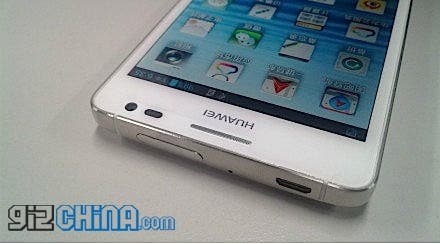 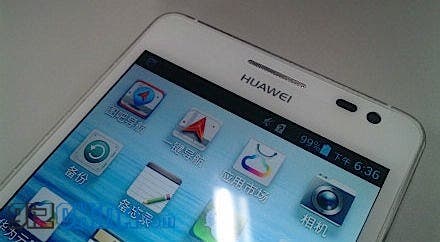 Huawei is trying hard to get pass with the image that it only producing cheap and low-cost phones, which involving competing with established brands such as Samsung. Huawei Ascend D2 and Ascend Mate occupy the high-end phone market, the Ascend G520 is aimed at the more affordable scale, while still offering some of high end features.

The Ascend G520 also comes with an unspecified version of Android (but at least 4.0 Ice Cream Sandwich), a 4.5-inch IPS touchscreen of unknown resolution, a 5 MP rear camera, and 512 MB of RAM. That's a bit disappointing, sure. Then again - you are getting a quad-core phone for little over 200 dollars unlocked.

The G520 pictured above comes with China Mobile's logo on it, as you can see. And it's unclear at this point whether this device will ever make it to any other country.

A new Huawei flagship smartphone will be introduced in April if all things go well for the company. This device will allegedly compete with Samsung's Galaxy S 4. It is said to feature a quad-core processor that is based on ARM Cortex A15 and will clock in at 1.8 GHz, 2 GB RAM, Mali GPU, 1080p display at 4.9 inches, and a 13 MP camera.

An April announcement might also be imminent despite that Ascend D2, Huawei's current flagship smartphone, is just 3 months old as of time of writing. Some think that this is an absurd move by Huawei to launch a new device that could potentially poach customers from the other, but the company's confidence on its new device could also mean something.

With specifications such as these and performance similar to the Galaxy S 4, this will be an affordable alternative to those who are looking for a feature-packed device at a more affordable price.