While the Galaxy Note 8 will obviously continue to be the talk of the town for months to come, the thing that must have caught your attention in the headline is most likely "Qualcomm Snapdragon 836!" Although we did see Qualcomm release two flagship chips last year; the SD 820 and the SD 821, it didn't seem like something that they would continue to do in the future as well. However, a new report is suggesting that the SD 836 will be a higher powered version of the present day SD 835 and it will be released by the end of the year.

Allegedly, the Snapdragon 836 will have a CPU clock speed of 2.5GHz and the GPU (which will most likely be the same Adreno 540) will boast of a 740MHz clock speed. If the American version of the Note 8 is powered by the SD 836, then does it mean that Samsung will release a newer Exynos chip with the Note 8? Probably not. Samsung just releases one chipset every year in the premium segment and there have been no indications to suggest that they will take a different route this year. As pointed out by the source itself, all of this should be taken with "a pinch of salt."

Qualcomm Snapdragon 836 is a Myth
Qualcomm 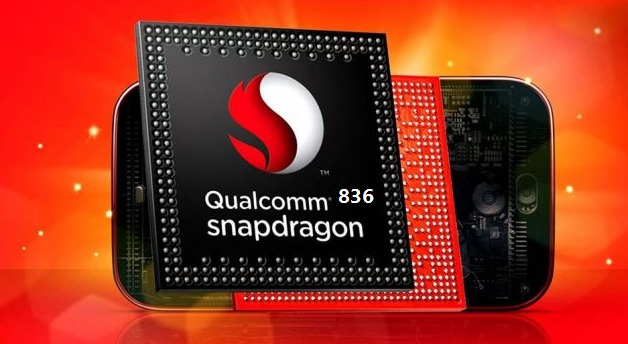 After a number of leaks started predicting that flagship smartphones released during the latter half of the year will be sporting a Qualcomm Snapdragon 836 chip, almost everyone thought that the Qualcomm was going to do the same thing it did last year when it released a faster version of the SD 820 SOC; the SD 821. However, now that both the Galaxy Note 8 and the Pixel 2 (more or less) has been confirmed to sport the SD 835 chip, we can rest assured that it was indeed a myth.

If you are disappointed, know that there is no reason to be! After all, the SD 835 is a very capable chip and until the SD 845 comes out next year, it will continue to be one of the most powerful smartphone chips ever created. Also, it makes absolutely no sense to release two flagship chips in the same year, unless there's anything wrong with the first one. Since the Snapdragon 835 is as close to perfection as it can be both in terms of power usage and performance, we would say that there's nothing to worry about at all.