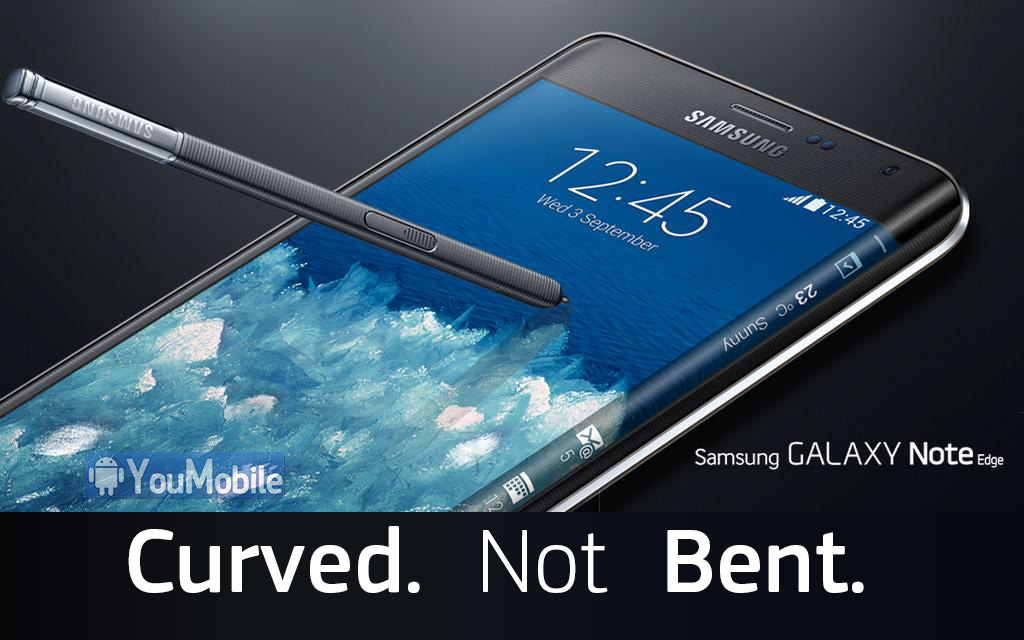 You may already know about the iPhone 6 Plus flaw that makes the device bend in your pocket which is known as BendGate.

Today, Samsung shot a tweet directly at Apple's BendGate including the Galaxy Note Edge Photo with the tagline "Curved. Not bent" followed by the hashtag #GALAXYNoteEdge referring to the Note Edge Curved Screen, not like the "Bent" iPhone 6 screen... Nice try Apple! but Curved is better than Bent. 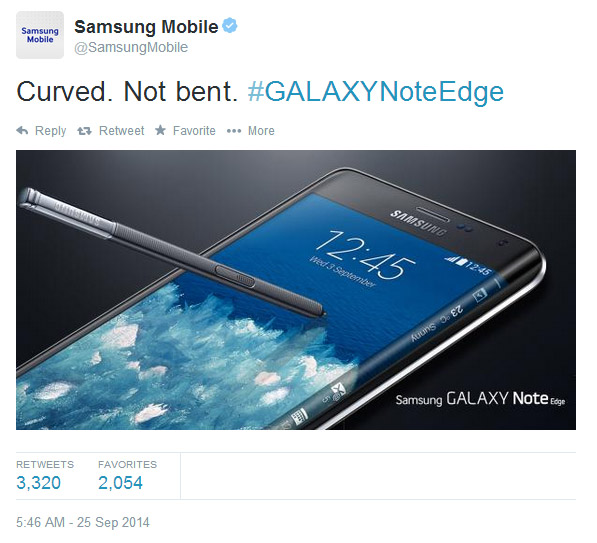 Samsung's tweet takes advantage of the Apple iPhone humorously dubbed Bendgate. Ripe for ridicule by Apple rivals, Bendgate refers to the newly discovered flaw in the iPhone 6 in which the screen can bend at a certain point near the volume control buttons. The flaw appears to occur most commonly if you keep the phone in your pocket for too many hours.