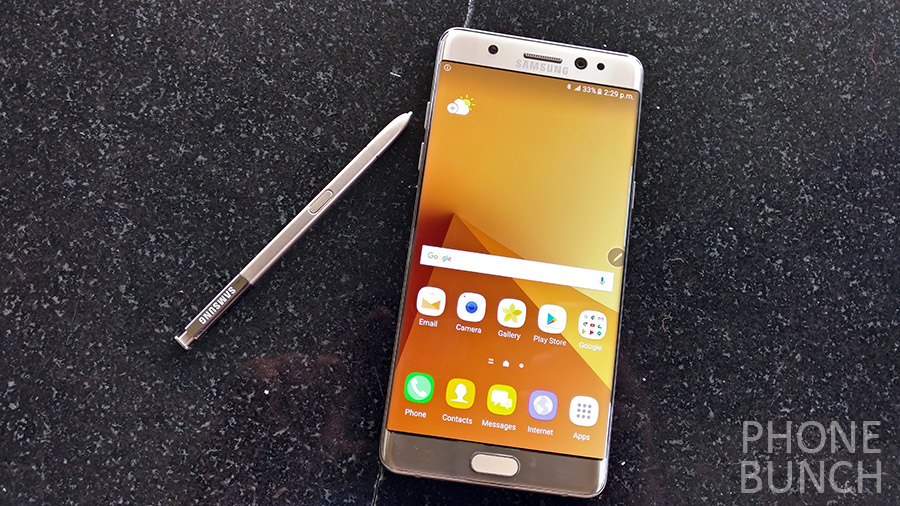 Even though it was a disaster when a few of the Samsung Galaxy Note 7 smartphones started to catch fire all over the world, many have applauded the Korean electronics giant on their decision to recall all the 2.5 million smartphones that they had shipped. However, as is often the case in such scenarios, some of the customers have decided to disregard the warnings issued by flight authorities, tech-experts and the manufacturer themselves. While it is questionable what would prompt such negligence, in spite of the free refund/replacement scheme employed by Samsung, many customers are of the opinion that the incidents are far too low and in between to be concerned about it.

Nevertheless, Samsung has decided to limit the maximum charging point to 60% of the Note 7's full battery capacity in an OTA update that will be released shortly in South Korea. This news was confirmed when the Seoul Shinmun (a popular South Korean newspaper) published the message from Samsung on its front page. This is a temporary fix until all the customers turn in their smartphones for free replacements, which should begin by the end of the month. According to Yonhap News Agency, the same update could also make its way to all other nations as well, but we will have to wait and see. In the meanwhile, we advise you to stop using the Galaxy Note 7 and get it replaced/refunded as soon as possible. Although some have pointed out that the chances of your Note 7 exploding are similar to that of winning the lottery, this is one lottery that you may not want to win!