Tags - full-screen
Is the Full-Screen display on the Samsung Galaxy S8 going to be a flexible OLED panel?
Samsung 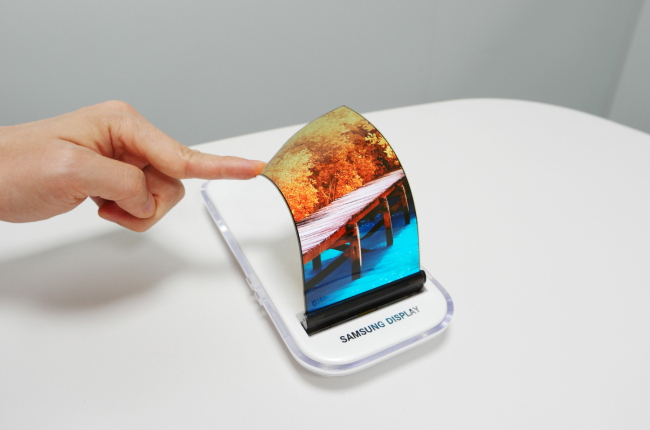 It is no secret that a lot depends on the Galaxy S8 and its success for Samsung as they continue to struggle against the huge losses suffered recently. In fact, we are pretty sure that Samsung is going to leave no stone unturned in order to make the upcoming smartphone as close to perfection as it can be. In spite of Samsung officially trying to keep a lid on things, rumors have been getting out about the S8 ever since day one and the latest rumor suggests that the Korean giant could be opting for a flexible OLED panel this time around.

The alleged Full-Screen flexible OLED panel with a resolution of 4K will bend around the eyes to make VR experience as immersive as it possibly can be. Keep in mind that Samsung had been using AMOLED displays for its flagship and high-end devices for a long time now and since AMOLED panels too are a type of OLED panel, we are not entirely sure what the difference would be in terms of real life performance in that respect.

What really sounds interesting is that according to Park Won-sang, an engineer of Samsung Display, Samsung may remove most sensors and even the physical Home button completely from the front side of the S8. In his own words, "Samsung Display would roll out a full-screen display whose display area ratio (a scale that measures space taken up by a display on the front part of a handset) reaches more than 90 percent next year."

The senior engineer further added that the screen-to body ratio might go up to as high as 99%, which is even higher than the only edge-to-edge phone we have seen till date, the Xiaomi Mi Mix. A Samsung flagship smartphone that will sport a 4K edge-to-edge flexible OLED panel! We would say Samsung has got our attention.