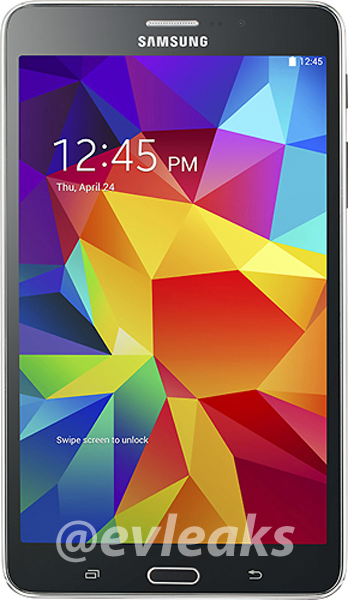 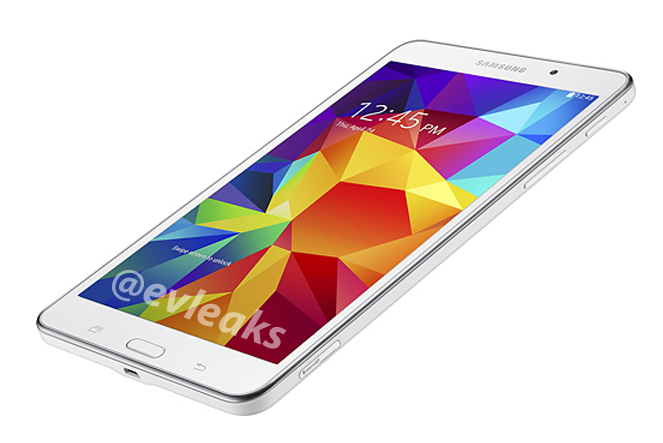 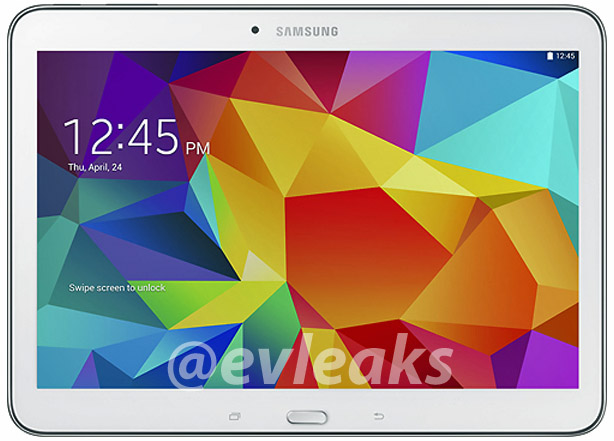 Samsung Galaxy Tab 4 7.0 already leaked few days ago. Today, we have the first leaked photos of the Galaxy Tab 4 10.1 from @evleaks, along with the specifications. The tablet will come with two colors (Black, White) same as its 7.0 variant. 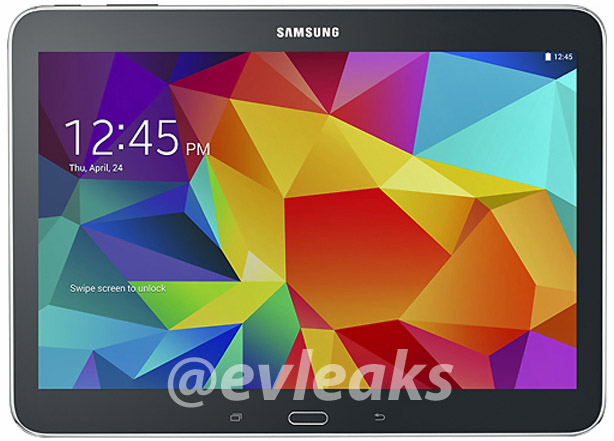 The tablet should have a 1.2MP front-facing camera, and a 3MP snapper on the back. These features won't make anyone drool, and that's why Samsung will probably sell the Tab 4 10.1 for a low price.