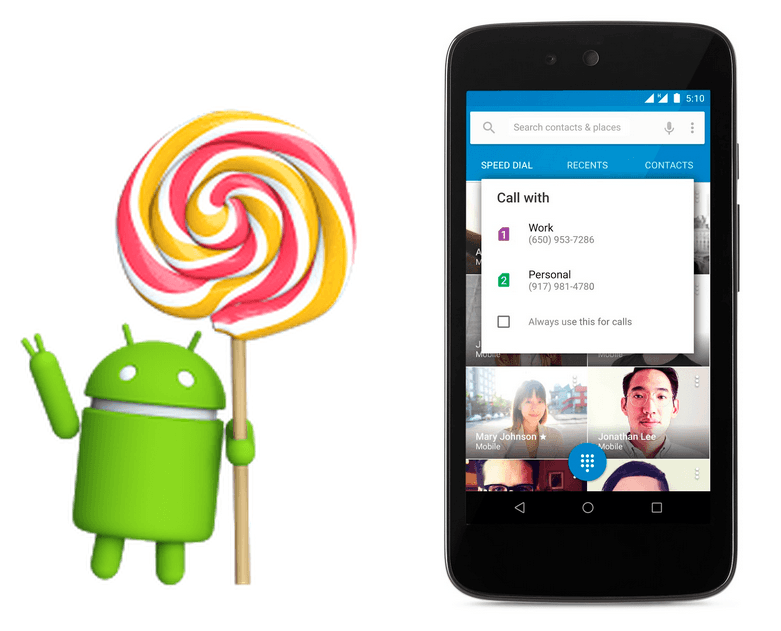 We reported before that Google will release Android 5.1 Lollipop update on March. Today, Google has just published the official Android 5.1 Lollipop factory images for Nexus 5, Nexus 7 (2012 WiFi) and Nexus 10, other Nexus devices will follow soon. As for the OTA update, it will start rolling-out by the end of this month.

Android 5.1 brings support for multiple SIMs and cross-platform HD Voice, along with Device Protection which ties your Android device to your Google account and prevents unwanted access to your device even if it goes through a factory reset. Additionally, there are some tweaks to quick settings for easier control over Bluetooth and WiFi network switching. You can check the full change-log on HERE.

If you don't want to wait for the OTA, You can download and manually flash the official Factory images below: