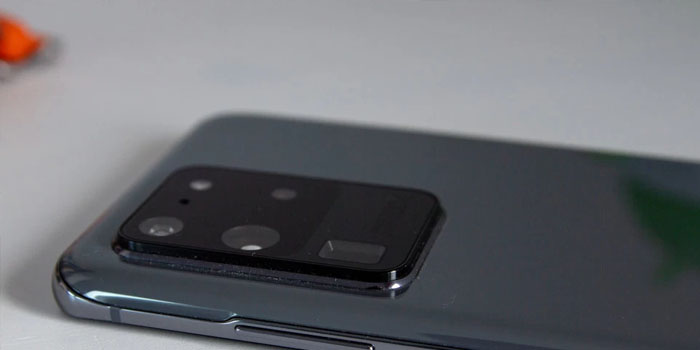 Samsung Galaxy S20 was launched in the first half of 2020. Though we don't know whether the next S series would be called Galaxy S21 or Galaxy S30 - but we think that S21 will make more sense. Samsung followed sequential numbers until in 2020, the company decided to go for Galaxy S20 instead of S10. It is therefore now harder to know what next year holds for us. Samsung typically launches the S series in February, so we are hoping for the device to be launched somewhere around Feb/March next year.

There are some leaks related to Galaxy S21 ultra that suggest more pronounced camera housing on the rear side of the phone as compared to the Galaxy S20 ultra. The renders also suggest that there will be a centralised punch hole camera at the top side of the display. We are expecting the S21 ultra to be around 6.7 to 6.9 inches with an AMOLED display and a quad HD+ resolution. The phone might feature two telephoto lenses, instead of one. This will increase the camera zoom performance with a 3x and 5x lens being offered. That could mean that you can zoom up to 3x to 5x optical zoom with high-quality imaging results.

Samsung Galaxy S21 will be powered by the next year's Exynos 1000 or Qualcomm Snapdragon 875 for the US version. The phone will support 5G as all other devices might have 5G support next year. The S21 will come in 128GB and 256GB storage options. It's battery capacity is said to be 5,000mAh. According to a twitter user Ross Young, Galaxy S21 will be available in gray, pink, violet, and white colors, and S21 ultra can be purchased in black, silver, and violet options. A report claims that the Samsung Galaxy S21 series could come in early January 2021.