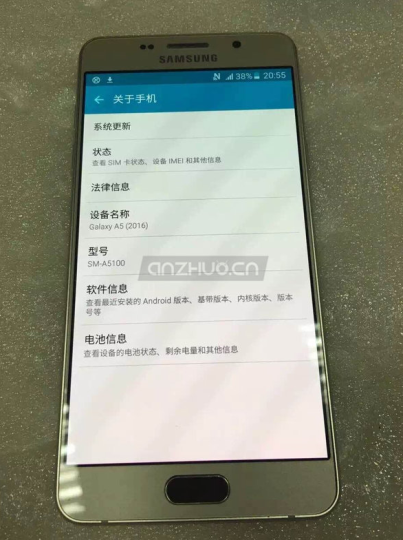 Some new images of the yet to be released Samsung Galaxy A5 and A7 have emerged. Right now these are the clearest images available online and it is quite evident that the smartphone will sport a metallic body and get improved specifications in comparison to existing Galaxy A series. Looks like the device is imitating the design language of the Galaxy S6 along with a bigger home button. Although this was not a part of today's leak, considering the fact that the Galaxy A8 has a similar sensor and this type of components have native support from Android 6.0, it can be safely concluded. 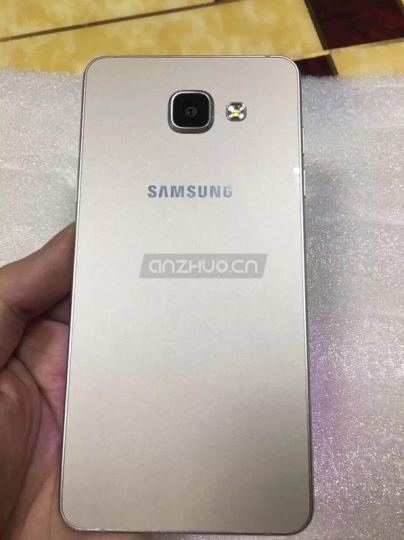 Reportedly the Galaxy A5 will be featuring a 5.2 inch full HD screen (most probably SAMOLED) and a 1.6GHz Octa-Core Exynos 7 SoC with Mali-T720 GPU. It is also expected that there would be 2GB RAM and 16GB storage in the device. A5 will have a 13 MP snapper in the back and the counterpart in the front will be of 5 MP. It will have support for Android 5.1.1 and microSD. 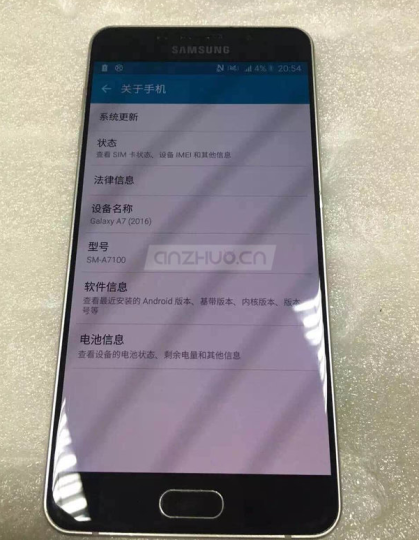 Though the pictures suggest that the smartphones are on the verge of getting released, the Korean company is yet to report any concrete information. 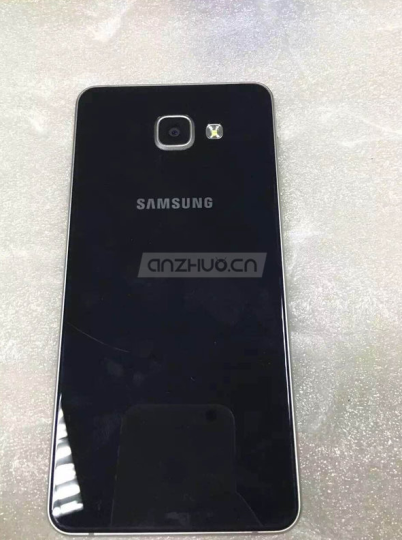