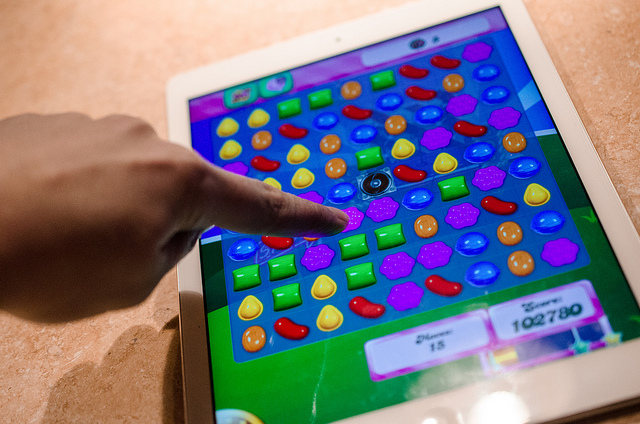 Ever since Nokia introduced phones with the first incarnation of Snake pre-programmed on them, mobile users have become obsessed with skill-based app games as a time-filling distraction. The simple idea was easy enough to get the hang of, but took hours of practice to master. Snake's popularity led developers to focus frequently on skill-based ideas for their games, in an effort to tap into the human desire to conquer challenges.

According to bgo, Millennial and Generation Y gamers have become accustomed to games that test their ability. This highlights how Snake in the late ‘90s went on to influence apps for smartphones, where the primary area of focus is games of skill.

One of the first ever skill-based games for smartphones was Doodle Jump, which was released in 2009. Players had to tilt the phone to guide "The Doodler" up an infinite series of platforms. If you missed a platform you would fall to your doom and have to start all over again. It was hugely popular, and sold 25,000 copies daily for its first 4 months. Later that year, Angry Birds came out, and surpassed Doodle Jump's sales record.

Where Doodle Jump didn't have much longevity in that it was only one level being played over and over again, Angry Birds had multiple stages, each representing a completely different set of challenges. Users could keep testing their abilities using unique birds that had varying special talents, and by breaking down more intricate sets of obstacles. They also got a star rating out of three for each level depending on how well they had done. This gave players an extra challenge - to attempt to get three stars on every level. Games in the series have been downloaded over 3 billion times, which is testament to the game's appeal.

The three-star concept has been used by a number of games since Angry Birds, most notably perhaps, Candy Crush. The idea behind the game was simple; to mix candies together and clear the puzzle area. As bgo suggests, the game was "sickly and addictive" because of its "saga" feature, the fact that there were so many levels to overcome, and because you could see how far your Facebook friends had progressed as well.

The success of these challenging app games has even influenced iGaming developers to start incorporating them into slot games. Online slots are hugely popular, but gamers who like to test their skills are missing out on the action. The new Space Invaders slot at Vegas Slots Online has an added element that requires gamers to shoot the aliens to try to win money, and is one of the first of its kind. Games like this could help online casinos pull in an even wider audience.

Another skill-based app that is pushing the genre in a new direction is Pokémon Go. Players not only have to use skill to throw the pokeball and catch the intriguing monsters, they also have to wander about in real-life settings in search of them. The game incorporates augmented reality, so that the Pokémon are actually seen in the real world, through the lens of the phone of course. With augmented reality glasses set to flood markets in the near future, Pokémon Go could mark the beginning of a new wave of AR games.

The massive success of Pokémon Go and apps like Angry Birds and Candy Crush suggests that a combination of these things could be a massive hit. Will people soon be flinging virtual birds in real-life settings? Or maybe gamers will have to go into shops and move candy around on the shelves? Whatever the aim, skill games are here to stay, but they are sure to become more advanced.