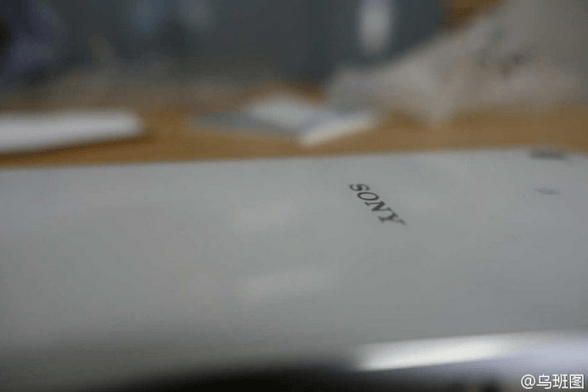 Just last week, the Sony Xperia Z4 become official. Now, we are passing along what is alleged to be a picture of the Sony Xperia Z5. Earlier this month we passed along speculation about the fifth-generation Xperia Z handset that could arrive in the fourth quarter of this year if Qualcomm has the Snapdragon 820 SoC ready by then.

From the picture, we can see that the rear camera will be placed on the top left of the phone, where it has been. The side of the device appears to be metallic. The photo was found on a Weibo site out of China, and the posting mentions "Type-C" which could refer to a USB-C port. This will allow users to plug in a USB-C connector with either side of the plug facing up. The posting also shows the number "9" which could refer to a September unveiling for the phone.

Other rumored specs include a 1440 x 2560 resolution screen, a Snapdragon 820 chipset with 4GB of RAM inside, an improved rear camera, the Qualcomm Sense ID fingerprint scanner, and a new design.