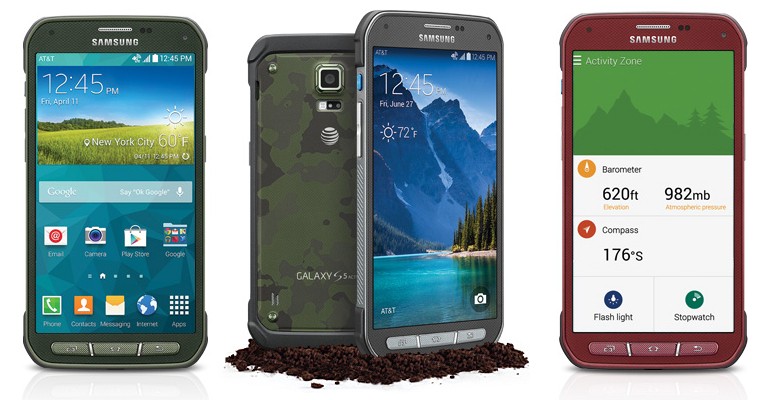 Galaxy S6 has been considered prettier in comparison to its earlier versions because of the thin, sleek and shiny design. But ironically these are the features which make this phone not suitable for usage in harsh conditions like constructions or mining. Samsung took note of this and came up with a new variant with similar hardware configuration along with design changes.

So we have the Galaxy S6 Active, a rough and tough version of the phone that comes with a built-in case. Although it is not looking as good as the S6, but the phone body has a better build quality and it can sustain in bumpy conditions. The sad part is that the updates are rather slow and it is getting the upgrade to Android 5.1.1 quite late.

Along with the latest version of Android Lollipop, Samsung Pay will also be shipped to the device. The update with build number G890AUCU3BOJE has been released as an OTA, and it will be rolled out in phases, so it might take a few days before the users get a notification to update the software. To update the device manually you can always go to Settings » System » About device » Software and check for the update.