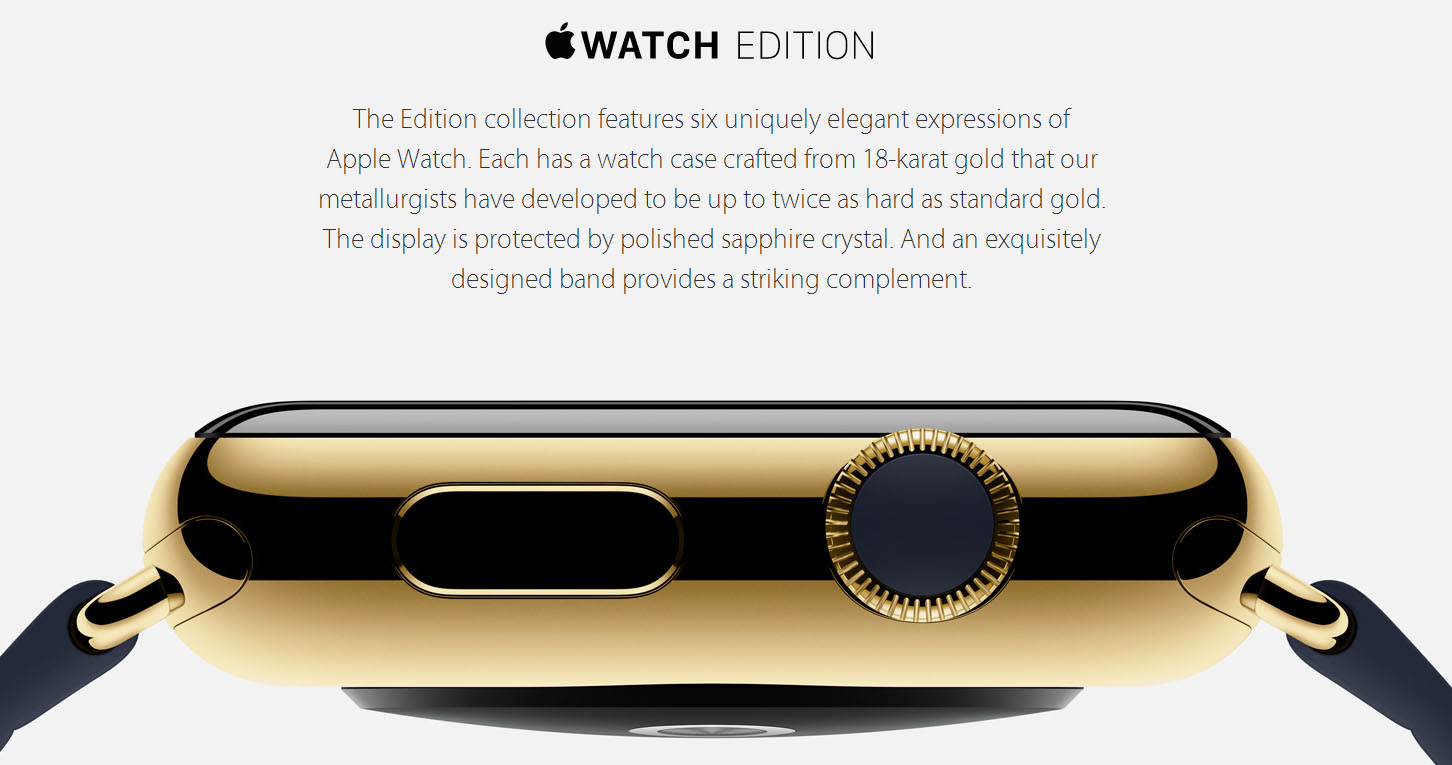 The Apple Watch is arriving early 2015 in three versions Watch, Watch Sport and Watch Edition. The Watch Sport is going to cost $349 as Apple announced last week, but according to long-time Apple analyst John Gruber, the Gold Watch Edition version could retail for as much as $4,999.

The reason for the high price tag is that Apple is manufacturing the Watch Edition with solid 18-karat gold. It's not plated or coated. This kind of affair in watchmaking comes at a cost.

According to Gruber, at the very least, the Watch Edition is going to retail at $1,999. However, that's as optimistic as he's willing to go. He even goes on to compare the Apple Watch Edition to the more "affordable" Rolex watches stating that the $5,000 price tag isn't as ridiculous as it might initially appear.