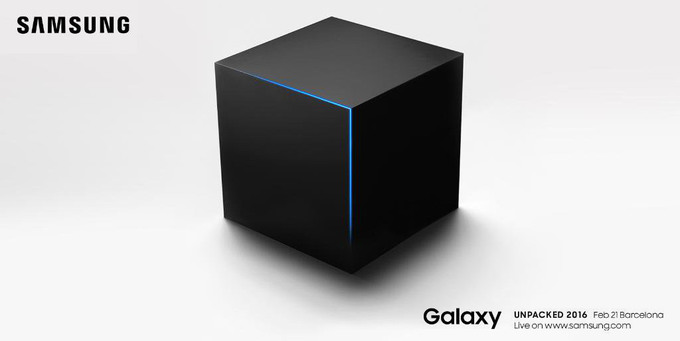 Samsung tweeted a new teaser just a few days ago and that little tweet has confirmed what the rumors had been saying all along; the Next Galaxy is going to be unveiled on February 21. One can argue that Samsung has not mentioned anything specifically about the upcoming S7, but most of us are sure that it is indeed the Galaxy S7 that we are being "teased" about. After all, what else could the box that the guy wearing the Samsung VR glasses is reaching for contain other than the Next Galaxy S7?

As far as we know, the Galaxy S7 will not stand alone in Barcelona because the Galaxy S7 Edge+ will be unveiled alongside it at the same event. We are not saying that these are the only two pieces of tech that we will see the Korean giant launch at the Samsung Unpacked 2016 event, but these two are definitely the top candidates. If you are as excited as we are about the event then we have more good news for you. Samsung will host livestreaming of the entire affair, so that everyone who is interested can join in on the action live at Samsung.com.

If you want to know all that has been "leaked" so far or what the rumors are saying regarding the S7, check out our other articles because we have got everything covered.