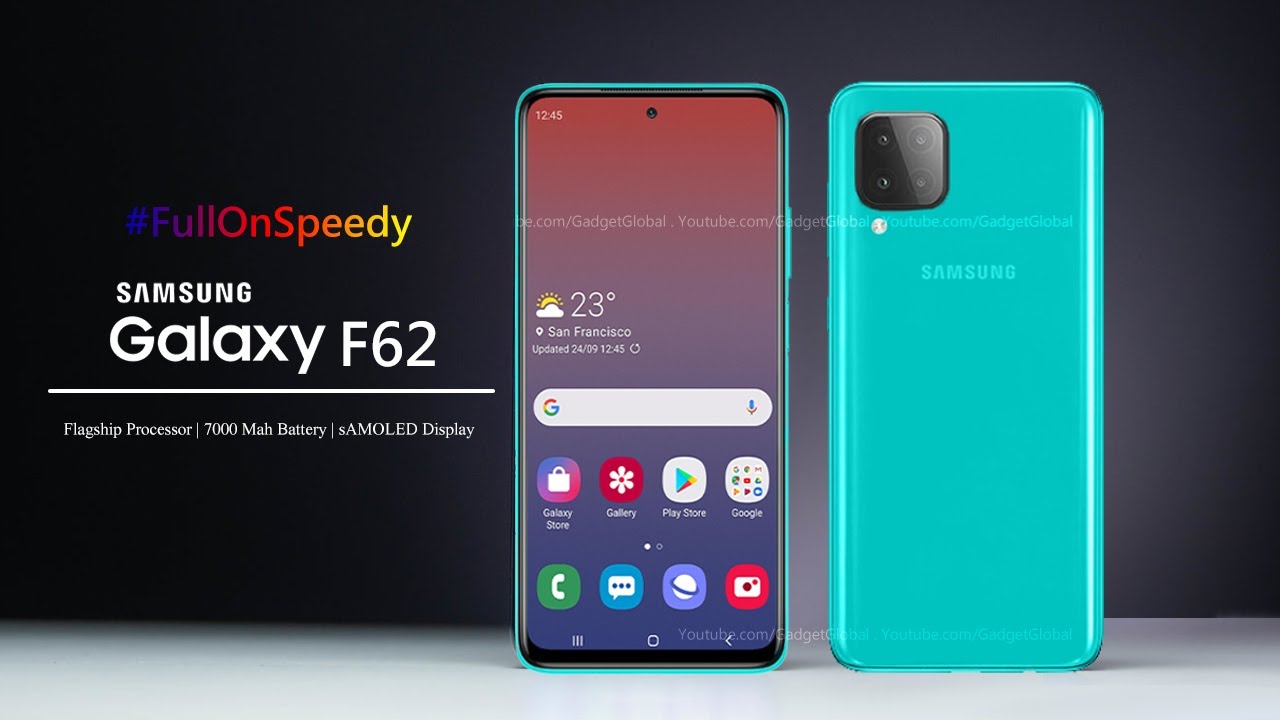 Samsung has officially declared the launch date of the Galaxy F62. There has been plenty of news surrounding the next Galaxy F series that is also slightly affordable to the majority of the consumers. The India-centric line is now confirmed to include a new smartphone in the series called Samsung Galaxy F62. The company has announced the release date via a Flipkart page that the phone will be released on February 15 at 12 IST(UTC+5:30) in India.

The page also lists some specs and the design of the phone. In terms of the latter, it will feature a gradient rear panel as shown in the pictures being uploaded. In terms of photography, the phone sport a quad rear camera array placed in a big square design with an LED flash module residing just below. For the front camera, it uses a punch-hole camera making the appearance too.

As far as the specs are concerned, only one detail is confirmed - the chipset. The earlier leaks suggested that the phone will feature the Exynos 9825. It may not be the latest processing chip available in the market, but it should have some improved performance increase over the Exynos 9611 in the Galaxy.

This is the same processing chipset that powered Samsung Galaxy Note 10. For the rest of the specs, we have to rely on leaks and rumors. The phone features a large 6.7-inch AMOLED display, up to 6GB of RAM, uses a 64-megapixel camera sensor as a primary camera, and a 32MP selfie camera. There is no indication of the price yet, but it is likely that the Galaxy F62 would be priced lesser than the Galaxy Note 10, despite the fact that it is using the same processor. So, if you are someone who likes to use fast camera phones but doesn't want to spend too much on the device, Samsung Galaxy F62 is just right for you.