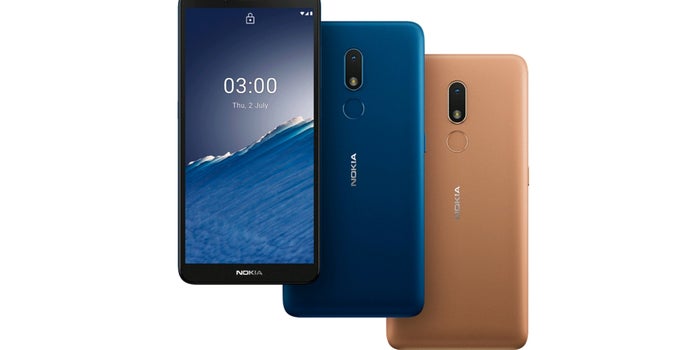 HMD Global announced today that it is launching the Nokia 8.3 5G in the USA as the Nokia 8V 5G UV via Verizon. The original Nokia 8.3 5G was released early in March 2020 and was expected to reach the US market somewhere around fall. The latest phone from Verizon wireless also bears the logo seen on its other Nokia's devices, with the UW suffix signifying support for the faster mmWave 5G speeds.

As for the specs, the phone features a large 6.81-inch full HD+ pure display screen with support for HDR. the Nokia 8V is powered by a Snapdragon 765G and comes with two 6GB/8GB RAM and 64GB/128GB storage options. You can also expand the storage option with the MicroSD card. The phone has an aluminum frame with Gorilla Glass front and back, and there is a three mmWave antenna in this phone, designed to give you perfect reception for those lightning-fast speeds.

The phone features a quad-camera setup at the rear side with ZEISS optics. The primary camera holds a 64MP sensor accompanied by an ultra-wide-angle sensor with night mode for improved low-light performance, a macro lens, and a full-depth camera sensor. There is a Google Assistant button on the side of the display panel of the phone which runs on Android One software. The phone has a power button along with a fingerprint sensor. The phone runs over a 4,500mAh battery. The Nokia 8V 5G will hit the market starting from November 12. You can purchase the phone just for $699 on Verizon's website and the My Verizon App.