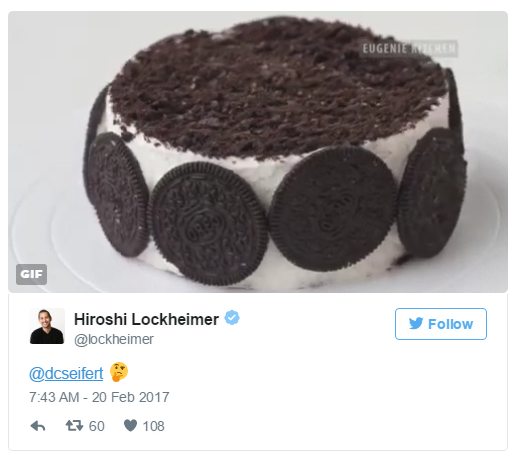 No, Google is not making chocolates and yes, it's been hinted that Android v8 could be called Oreo. Hiroshi Lockheimer, the head of Android had earlier posted a GIF image on Twitter that showed a dessert with Oreos sticking all around it in a ring formation. Normally, we would think that this almost confirms that the next Android OS will be called Oreo. However, we are not so sure this time.

It is very likely that Lockheimer is actually trying to pull one on us! He did the same last year when he had hinted in a similar way that Android OS v7 could be called Nutella. As Nutella never really came to be, Oreo could be looking at the same fate. We will have to wait for at least a few more months before we know for sure though.

Did you like the name Oreo? Do you think this would be a good name or do you agree that the head of Android is trolling us? Let us know your point of views regarding the matter in the comments below.

Tags: how would like android oreo?
Description
youmobileorg
Posts: 6526